People are More Likely to Get Help in Emergency Situations 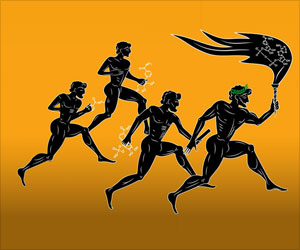 You are more likely to get help from others in emergency situation than in harmless everyday condition as extreme conditions bring out the best in people, especially those who are altruistic and pro-social, suggests a study.

Air Purifiers can be a temporary solution to avoid respiratory diseases caused by the indoor and outdoor air pollution.
Advertisement
‘Emergency situations seem to amplify people's natural tendency to cooperate.’
Tweet it Now

In the study published in the journal Scientific Reports, the researchers showed that readiness to help depends heavily on personality.


The experiments showed that pro-social and altruistic people in particular often helped others even more in an emergency situation than in a relaxed and non-threatening situation, whereas selfish participants became less cooperative.

Sesame seeds are soughed as one of the best natural ingredients to boost metabolism put digestion in order and helps in sustaining a healthy life.
Advertisement
The researchers invited 104 individuals to participate in a computer game that was developed specifically for the experiment.

In this "help-or-escape dilemma game," participants under time and monetary pressure had to decide whether they were willing to risk taking time to help others before reaching their goal or saving themselves in two different situations ? one everyday and one emergency situation.

After the game, the researchers measured participants' social value orientation -- that is, their concern for others -- and categorised them as having a pro-social or individualistic profile.

The opposite was true of participants categorised as individualistic, 52 percent of whom reduced their cooperative behaviour in the emergency situation.

Using a food additive, a team of researchers has created environment-friendly plastic solar cells that can be manufactured at room temperature.
Advertisement