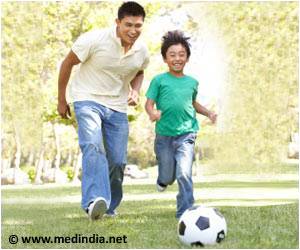 Teens spend an increasing amount of time with their peers, and the feedback they get from their friends and classmates may tune the brain's reward system to be more sensitive to the reward value of risky behavior. This sensitivity leads teens to focus on the short-term benefits of risky choices over the long-term value of safe alternatives.


"If adolescents made all of their decisions involving drinking, driving, dalliances, and delinquency in the cool isolation of an experimenter's testing room, those decisions would likely be as risk averse as those of adults," argued Laurence Steinberg of Temple University and colleagues.
Advertisement
"But therein lies the rub: Teenagers spend a remarkable amount of time in the company of other teenagers," he added.

The researchers point to a new wave of research at the intersection of neuroscience and behavior that suggests that the company of other teenagers fundamentally changes the calculus of adolescent risk taking.

In a more recent study, Steinberg and colleagues found that adolescents, but not adults, took more risks when they were observed by their peers. They also showed greater activation of brain structures, such as the ventral striatum and orbitofrontal cortex that are involved in evaluating rewards.

Taken together, findings from this line of research reveal that being around peers can heighten teens' risky decision making by changing the way their brains process rewards.

'One in Five US Teenage Boys' Diagnosed With ADHD, Says Report
One in five American teenage boys is diagnosed with attention deficit hyperactivity disorder, ......

Teenage Motherhood Linked to Obesity in Later Life
A new study suggests that teen moms were more likely to become obese when they grew up....