Peace: A Rare Thought for the Farmers in The Philippines 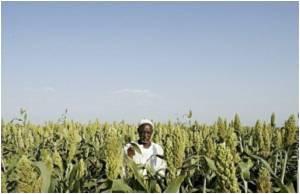 In the Philippines' rebel-infested south, farmer Lot Pangaoilan gazes towards a vast cornfield hoping that one day he will be able to farm his land without fear of being killed. For two decades, he has been ploughing his three-hectare (7.4-acre) land by hand and with the help of a water buffalo, worried that if he uses a heavy motor tractor he might detonate an explosive.

"If I'm not careful, I might hit a bomb, it could explode and I might die," Pangaoilan, whose leathery skin, cloudy eyes and thin frame make him look much older than his 50 years, told AFP.

One Year After Super Typhoon, Prayers Abound in Philippines

During events to mark one year since the storm devastated central Philippines, survivors of the strongest typhoon ever to hit land wept at mass graves on Saturday.
Advertisement

Two months ago, the farmer's marshland village of Tukanalipao near the township of Mamasapano was the site of a day-long battle between Muslim militants and police that left more than 60 people dead as security forces hunted down alleged top terrorists. The latest carnage has seriously jeopardized efforts to end a four-decade Muslim separatist rebellion which has claimed 120,000 lives, dimming hopes again that people such as Pangaoilan will be able to prosper in peace.

Millions Across Philippines Honour Their Dead on 'Day of the Dead'

In Philippines, millions of people pay respects to their dead on All Saints' Day.
Advertisement
Deep Poverty

The new region would take in large parts of Mindanao, which the nation's Muslim minority of roughly five million people regard as their ancestral homeland, including Pangaoilan's village. Despite fertile farming lands, vast mineral resources and idyllic beaches ripe for tourism, the region is the poorest in the country with nearly half of the population living in poverty, according to government data.

Tukanalipao, with no electricity or running water, is a typically impoverished Muslim community in Mindanao. Its 1,600 residents live in palm thatch houses on wooden stilts, with corn and rice farming their only source of regular income.

In a typical cycle of violence and poverty that builds resentment, a military offensive launched after the January battle against a small breakaway rebel group opposed to the peace process displaced 120,000 people. Two displacement camps with tarpaulin tents lie on a road close to Tukanalipao, although the military last week declared the offensive over and hopes the displaced people will soon return home.

Corn farmer Haji Maul said he had been in an out of evacuation shelters three times during the offensive to escape bursts of fighting near Tukanalipao, but this was not unusual. "It has been a very difficult life for me and my family," said Maul, 60, as troops wearing helmets and with their rifles pointed to the ground patrolled the parched earth, alongside water buffaloes, chickens and dogs.

As part of its efforts to promote the peace process, President Benigno Aquino's administration has increased annual infrastructure spending on the region from 8 billion pesos ($179 million) in 2010 to 24 billion pesos this year.

In Tukanalipao, a sore lack of infrastructure is symbolized by a rickety patchwork of logs that its residents use to cross a stream and get to their farmlands. When the stream overflows during the rainy season, work stops as farmers can not get their animals across because the improvised bridge might fall apart, according to Pangaoilan.

Signaling its intentions of adopting a more liberal approach, the head of Philippines' Catholic Church has asked the clergy to 'listen more and condemn less'.
Advertisement
Advertisement

Peace: A Rare Thought for the Farmers in The Philippines Personalised Printable Document (PDF)