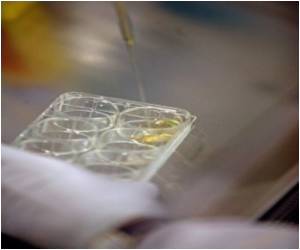 An 11-year-old British boy goes down in the annals of medical science as the first child to undergo a stem cell surgery that helped him grow a new windpipe.

Ciaran Finn-Lynch, 11, can now breathe on his own, reports the Daily Express.


They took stem cells from Ciaran's bone marrow and injected them into a donor windpipe which had been stripped of its own cells.

The organ was implanted into Ciaran and the stem cells were allowed to transform themselves in his own body.

By using the boy's own cells, doctors could avoid the potential problem of his immune system rejecting the organ.

And doctors have revealed the transplant is a huge success after the blood supply successfully returned to his windpipe four weeks ago.

Man Living On Stomach Tube Begs For Help
Imagine being not able to pass one morsel of food down your throat? In Karimnagar, Andhra Pradesh lies a poor patient who can neither swallow nor drink water.
READ MORE