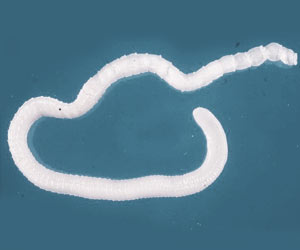 When causing infection, the parasites use Trojan horse subterfuge to suppress the immunity of their victims, reveals a study. The finding, which shows a new trick parasites can play, paves the way to possible treatments for infectious diseases and allergies.

Scientists have shown that parasites are able to secrete tiny sealed packages of genetic material into the cells of their victims, in order to suppress the immune response to infection.


The packages, known as vesicles, mimic those that are produced naturally in most organisms to carry out everyday functions such as transporting nutrients and chemical messages to and from cells. The parasite uses vesicles to hide its material inside a seemingly friendly exterior, like a Trojan horse.


The study, carried out on a parasite found in mice, showed that the material in the packages is able to interact with the mouse's own genes. It manipulates the cell's machinery to suppress products linked to immunity, so reducing resistance to infection.

Researchers say the discovery could inform new strategies for treating diseases caused by parasitic worms, which affect hundreds of millions of people and animals. The findings also offer a possible way to treat allergies, such as hayfever, because the immune mechanism that parasites block is also linked to allergic reactions.

The genetic material from the parasites can also be detected in human blood, suggesting that this could be used as a test to detect infection in people.

Ongoing studies are looking into whether other parasites and viruses use this same strategy. The study, published in Nature Communications, was funded by the Wellcome Trust.

Dr Amy Buck, of the University of Edinburgh's School of Biological Sciences, who led the study, said: "We can see for the first time that parasites can use packages to sneak their material into the cells of other organisms. We now can develop ways to target this with implications for the billions of people and animals at risk of infectious diseases and allergy."