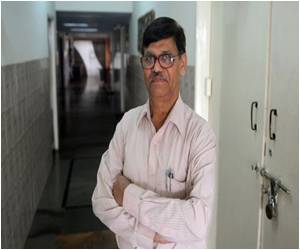 The findings provide a new reference point for the prognosis of modern pacemaker patients.

Dr Udo said: "Previous studies describing the survival of pacemaker patients used data that is more than 20 years old and cannot be used anymore for patient counselling and benchmarking. There have been considerable changes in pacemaker technology and in the profile of pacemaker patients and a new reference point of prognosis in modern day cardiac pacing was needed."


FollowPace was a nationwide multicentre prospective cohort study in 23 Dutch hospitals. It included 1,517 patients who received their first pacemaker for bradycardia (slow or irregular heart rhythm) between 2003 and 2007. Patients were followed for an average of 5.8 years.
Advertisement
The researchers found survival rates of 93%, 81%, 69% and 61% after 1, 3, 5 and 7 years respectively. Patients without cardiovascular disease (such as heart failure or coronary artery disease) at the time of pacemaker implantation had a survival rate similar to age and sex matched controls from the general Dutch population (see figure 1).

Dr Udo said: "Our results suggest that the prognosis of today's pacemaker patient is primarily determined by whether or not they also have cardiovascular disease, and not by the rhythm disorder itself. Patients who have heart failure or coronary artery disease when the pacemaker is implanted have the highest risk of death. On the other hand, patients without cardiovascular disease at the time of implantation have the best survival, which is comparable to the survival of the general population."

He added: "In earlier studies we showed that in cases of too slow heart rhythm, permanent pacing relieves symptoms and improves quality of life and therefore a pacemaker is the appropriate device. In this study we could document that other cardiovascular problems, such as coronary artery disease or heart failure, determine the prognosis of pacemaker patients rather than the slow heart rhythm itself."

He continued: "After pacemaker implantation for a too slow heart rhythm, more attention should be paid to the detection and treatment of other cardiovascular problems. Thus, next to the regular technical follow-ups of the pacemaker, the cardiologist should also regularly check the pacemaker recipient to improve the prognosis by treating potentially diagnosed cardiovascular diseases."

Implanting Pacemakers in Brains of Patients Effective in Treating Depression
Researchers in Germany have found success in treating patients with depression by implanting ......

Research Says Heartbeat to Keep Future Pacemakers Ticking
The heartbeat itself could keep cardiac pacemakers ticking in the future, new research has ......

'Used' Pacemakers Save Lives
Pacemakers from the United States recycled to bring new life to patients....

Atrial Fibrillation
Atrial fibrillation may not be life-threatening in itself but it is important to understand the caus...