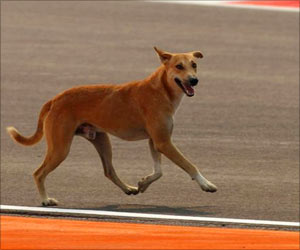 In response to the request from the Humane Society International/India (HIS/India), the department of Andhra Pradesh Panchayat Raj has withdrawn an order to kill stray dogs.

HIS/India demanded a clarification from the department of Andhra Pradesh Panchayat Raj on the order to kill stray dog and urged the department to adopt World Health Organization's suggested guidelines to control dog population in the state.

B. Ramanjaneyulu, Chief Commissioner of the department had originally ordered to kill stray dogs as a reaction to a tragic dog-biting incident involving a six-year-old girl in the state.


N.G. Jayasimha, managing director for HSI/India, said: "Killing stray dogs is illegal per the Prevention of Cruelty to Animals Act, 1960. Nuisance caused by stray dogs can only be regulated through mass sterilization and anti-rabies vaccination programs. We're happy to see the Department of Panchayat Raj and Rural Development, Andhra Pradesh reverse its decision to kill stray dogs and instead conduct an animal birth control- anti rabies programme in the state."
Advertisement
HSI/India representatives and Swamiji Svayam Bhagwan Das, co-opt member of the Animal Welfare Board of India for Andhra Pradesh and vice president of Andhra Pradesh state district SPCAs, were instrumental in persuading the department to withdraw the order.

They met the principal secretary and assured him that following animal birth control- anti rabies rules can control such incidents. HSI/India's letter also emphasized the importance of improving the city's waste management system that plays a significant role in checking the overpopulation of dogs in a particular area. HSI/India is operating a full-fledged dog population management program in different parts of the country and also educating communities to build an environment where humans and dogs can co-exist in harmony and safety.

Source: Medindia
Advertisement
<< Nepal Earthquake Toll Rises To Over 700, Many Still Trapped ...
Malaria Continues to Affect 50 Children Below the Age of Fiv... >>

Despite Injections, Vaccine and Serum, Five-Year-Old Girl Dies of Rabies in Chandigarh
Doctors warn that anti-rabies treatment for hand and face injuries should be immediate as the ......

Are You at Risk for Rabies? Your Gene Holds the Answer
Scientists have identified 63 new genes, some with roles in the immune response, which represent ......