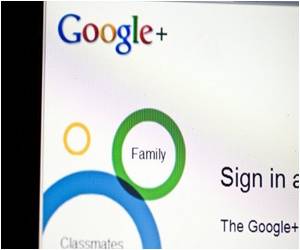 Throughout 2010, the authors did an analysis of the anonymised search logs of millions of US web users, who agreed to install a browser add-on and share their online searches with Microsoft.

The researchers developed automated tools to analyse the queries of people who searched for information on the antidepressant (paroxetine) and a cholesterol lowering drug (pravastatin), using the search engines Google, Bing and Yahoo.

In 2010, it was not yet public knowledge that taking both these two drugs caused high blood sugar (hyperglycaemia), but the authors later extracted this information by mining the US drugs regulator's medicines side effect reporting system (AERS) and confirming the finding in a separate laboratory study.


In the web log study, the authors looked at whether people who had searched online for either one of the drugs separately, or for both of them, would also search with queries containing terms associated with the symptoms of high blood sugar.
Advertisement
In all, they analysed 82 million drug, symptom, and condition queries from among 6 million web users.

They found that online searches for information on prescription drugs was common, with more than one in 250 people looking up at least one of the 100 top selling drugs in the US, including paroxetine and pravastatin.

During the study period, those people who looked up both drugs online were almost twice as likely to search for terms associated with high blood sugar as were those who looked up the drugs separately.

These differences in search patterns were evident across the whole period of the study, and were not influenced by public information as the discovery of the interaction between this particular pair of drugs was only made in 2011.

Analysis of other 31 drug pair interactions associated with high blood sugar also indicated similar patterns, suggesting that the value of log analysis is not just confined to paroxetine and pravastatin.

"There is a potential public health benefit in listening to such signals, and integrating them with other sources of information," write the authors. "We see a potentially valuable signal, even though search logs are unstructured, not necessarily related to health, and can include any words entered by users," they add.

And they conclude: "We believe that patient search behaviour directly captures aspects of patients' concerns about sensed [symptoms] and can complement more traditional sources of data for pharmacovigilance [drug safety monitoring]."

Heavy Internet Users can Have Withdrawal Symptoms
People using the internet for long periods can have withdrawal symptoms similar to the 'comedown' .....

Study Finds Genetic Data on the Internet may Not be as Anonymous as Perceived
A new report published in the journal Science reveals that the practice of putting up personal ......