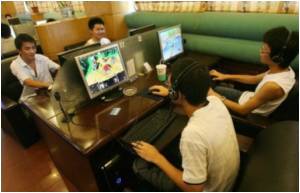 On-line games would be regulated under Chinese law which will protect children from unhealthy material and Internet addiction.

The regulation, issued by the Ministry of Culture on June 22, states that on-line games targeting minors must be free of content that lead to the imitation of behavior that violates social morals and the law, Xinhua reports.

75% Believe Access to the Internet is a Fundamental Right

More than three-quarters of people across the world believe access to the Internet is a fundamental right, a poll carried out for the BBC indicated Monday.
Advertisement

It also requires gaming companies to develop techniques that limit the gaming time of minors in order to prevent addiction. But the regulation did not specify the techniques and the permissible gaming time.

Further, web players will now have to register using their real names before playing games online, according to the regulation.

The number of young Internet addicts has grown to more than 460,000 in China's prosperous Guangdong province, a recent survey has found.
Advertisement
China's on-line population reached 420 million by June 2010, according to data from the China Internet Network Information Center.

Several separate sets of regulations will also come into force on Sunday, including one that governs army service, and another that stipulates health care institutions would face punishment for withholding certain information to patients and the public.

A new survey has revealed that about 9.7 percent of Chinese netizen between 13 and 30 are addicted to the Internet.
Advertisement
Advertisement
This site uses cookies to deliver our services.By using our site, you acknowledge that you have read and understand our Cookie Policy, Privacy Policy, and our Terms of Use  Ok, Got it. Close
×