Now, Smell the Roses Better With Your Eyes Wide Open 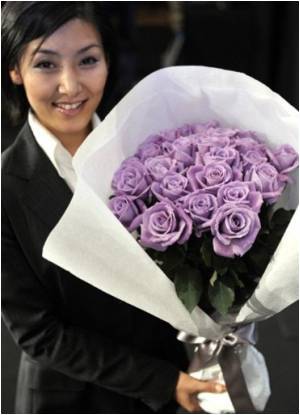 For the first time a study reveals that activating the brain's visual cortex with a small amount of electrical stimulation actually improves our sense of smell.

The finding published in the Journal of Neuroscience by researchers at the Montreal Neurological Institute and Hospital - The Neuro, McGill University and the Monell Chemical Senses Center, Philadelphia, revises our understanding of the complex biology of the senses in the brain.

Anosmia is the inability to perceive smell. Most patients with anosmia complain of losing the sense of taste (ageusia) and of not enjoying food.
Advertisement

"It's known that there are separate specialized brain areas for the different senses such as vision, smell, touch and so forth but, when you experience the world around you, you get a coherent picture based on information from all the senses. We wanted to find out how this works in the brain," says Dr. Christopher Pack, lead investigator at The Neuro. "In particular we wanted to test the idea that activation of brain regions primarily dedicated to one sense might influence processing in other senses. What we found was that electrically stimulating the visual cortex improves performance on a task that requires participants to identify the odd odor out of a group of three." This result is interesting because it shows, for the first time, that on a basic level the brain structures involved in different senses are really quite interconnected in everyone - more so than previously understood.


"This 'cross-wiring' of senses has been described in people with synesthesia, a condition in which stimulation of one sense leads to automatic, involuntary experiences in a second sense, causing people to see the colour of numbers, or smell words, or hear odours for example, says Dr. Johan Lundstrom at Monell Chemical Senses Center. "Now this study shows that cross-wiring of the senses exists in all of us, so we could all be considered synesthetic to a degree."

Want a Roman nose? Travel abroad and explore the option of having surgery done at affordable prices.
Advertisement
To examine the possibility that activating the visual cortex influences the sense of smell, people were tested on smell tasks before and after application of TMS, a non-invasive method of stimulating targeted brain areas. TMS, or transcranial magnetic stimulation, was directed towards the visual cortex using a protocol that had been previously shown by researchers at The Neuro to improve visual perception. TMS is already widely used in the treatment of certain disease symptoms, and because TMS alters brain activity in a targeted area, it provides a powerful test of the hypothesis that visual cortex activation changes olfactory perception.

The results demonstrate that visual cortex activity is incorporated into the processing of smells, proving for the first time a cross-wiring of the visual and olfactory systems in the brain. Interestingly, the team did not find evidence for similar cross-wiring between olfactory and auditory systems. This suggests that vision may play a special role in binding together information from the different senses, a possibility that the researchers are currently exploring. In addition to Drs. Pack and Lundstrom, the research was carried out by Jahan Jadauji, a Master's student, and Jelena Djordjevic, a clinical neuropsychologist and neuroscientist, both at The Neuro. This collaboration between researchers and clinicians was made possible by The Neuro's integrated research institute and hospital.

The most amazing and complex organ in the entire universe, the human brain continues to remain an enigma.
Advertisement
<< Nearly 1.3 Million Deaths from Cancer in the EU in 2012 Pred...
Olympic Status for Yoga? >>