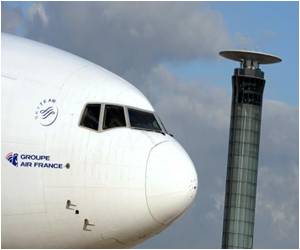 With pressure increasing following the disastrous search for MH370 jet, the Malaysian government has rejected claims by opposition that there has been a cover-up involved in the search.

According to The Sydney Morning Herald, a government spokesman said the claim made by opposition leader Anwar Ibrahim on the ABC's Four Corners program that the flight manifest had been deleted by "people in authority" was designed to smear his country in the international media.

Air travel is for everyone, even those with medical conditions.
Advertisement

The spokesman said that the Cargo manifest allegation is the latest attempt by Anwar Ibrahim to exploit the MH370 tragedy and damage Malaysia's reputation for personal political gain.


Anwar had earlier told the ABC News that the government was liable to give an explanation in a transparent manner on whether information on the manifest was deleted as told to him by confidential sources.

WHO sponsored Research Into Global Hazards of Travel (WRIGHT) Project has discovered that the DVT risks approximately doubles after a long-distance flight.
Advertisement
Meanwhile, the spokesman said that the Malaysian government had released MH370's full manifest on May 1, according to which, the cargo included four tonnes of mangosteen fruit and lithium batteries.

Last month, Anwar, who has been sentenced to five years in jail for charge of sodomy, claimed that the Malaysian government was intentionally hiding information that would explain the fate of the missing Malaysia Airline flight.

Underwater Scientists Say Search for Missing MH370 is a Debacle

Stating that the search for the missing MH370 airplane has been a 'debacle', underwater scientists accused Australian Prime Minister Tony Abbott of playing politics.
Advertisement
<< Shakiras Waka Waka Beats The Cup of Life as the Favorite...
Resistance to Vemurafenib in Skin Cancer can be Prevented b... >>