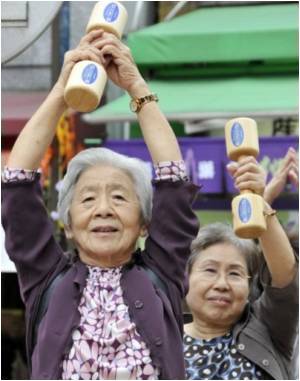 Exercise not only lowers the risk of heart attacks but can also protect the heart from injury when a heart attack does occur.
It is the ability of the heart to store the nitric oxide generated while exercising that could be the key to the phenomenon.

Nitric oxide, a short-lived gas generated within the body, turns on chemical pathways that relax blood vessels to increase blood flow and activate survival pathways. Both the chemical nitrite and nitrosothiols, where nitric oxide is attached to proteins via sulfur, appear to act as convertible reservoirs for nitric oxide in situations where the body needs it, such as a lack of blood flow or oxygen.

The Emory University team's results, published online in the journal Circulation Research, strengthen the case for nitrite and nitrosothiols as possible protectants from the damage of a heart attack.


The first author is John Calvert, PhD, assistant professor of surgery at Emory University School of Medicine. The senior author is David Lefer, PhD, professor of surgery at Emory University School of Medicine and director of the Cardiothoracic Research Laboratory at Emory University Hospital Midtown.
Collaborators included scientists at University of Colorado, Boulder, and Johns Hopkins University.
Advertisement
"Our study provides new evidence that nitric oxide generated during physical exercise is actually stored in the bloodstream and heart in the form of nitrite and nitrosothiols. These more stable nitric oxide intermediates appear to be critical for the cardioprotection against a subsequent heart attack," Lefer says.

Timing is key  the benefits of exercise don't last
In experiments with mice, the researchers showed that four weeks of being able to run on a wheel protected them from having a coronary artery was blocked; the amount of heart muscle damaged by the blockage was less after the exercise period. Importantly, the mice are still protected a week after the wheel is taken away.

The researchers found that voluntary exercise boosted levels of an enzyme that produces nitric oxide (eNOS, endothelial nitric oxide synthase). Moreover, the levels of eNOS in heart tissue, and nitrite and nitrosothiols in the blood as well as heart tissue, stayed high for a week after exercise ceased, unlike other heart enzymes stimulated by exercise. The protective effects of exercise did not extend beyond four weeks after the exercise period was over, when nitrite and nitrosothiols in the heart returned to baseline.

In mice that lack the eNOS enzyme, exercise did not protect the heart from a coronary blockage, although these mice appeared to lack the ability to exercise as much as normal mice.

Another molecule that appears to be important for the benefits of exercise is the beta-3-adrenergic receptor, which allows cells to respond to the hormones epinephrine and norepinephrine. All of the beneficial effects of voluntary exercise are lost in mice that are deficient in this receptor. One of the effects of stimulating the receptor appears to be activating eNOS. Additional animal studies are currently underway in Lefer's lab to determine the potential benefit of beta-3-adrenergic receptor activating drugs following a heart attack.