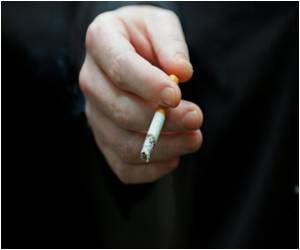 In a mouse study, researchers found that nicotine at doses similar to those found in most nicotine replacements therapies did not increase lung cancer tumour incidence, frequency or size.

"If you take our data and combine it with epidemiological data from Europe, even in people who quit smoking and maintain the use of nicotine replacement therapy for months or years, there does not appear to be increased lung cancer incidence," said Phillip A. Dennis, senior investigator at the medical oncology branch of the National Cancer Institute.

"This suggests that nicotine replacement therapy is probably safe and is certainly safer than smoking."


There is a subset of smokers who will need to stay on nicotine replacement therapy longer in order to appease addiction, according to Dennis. However, expanding the use of this therapy is controversial. Research to date has linked nicotine to cancer in various ways, including laboratory studies that indicate nicotine promotes the growth or spread of tumor cells or that it helps transform normal lung airway cells into cancerous cells, according to Dennis.

Approximately half the smokers die due to smoking -related diseases. But it is not just the smokers who are at the receiving end. The passive smokers too, often pay a heavy price. If you still have not 'kicked the butt', learn more horrifying facts about smoking by participating in the following quiz.
Advertisement
Therefore, the researchers conducted a study in mice to determine if nicotine had any tumor-promoting effects. Three groups of mice were administered nicotine in drinking water for up to 12 weeks.

In the first group, the mice were administered three weekly injections of NNK, a known tobacco carcinogen, prior to receiving nicotine. The second group of mice was genetically engineered to have activation of the KRAS oncogene, which is frequently mutated in lung cancers derived from smokers. The third group was made up of mice that were given cell lines derived from mouse lung cancers.

The researchers found that all the mice had normal water consumption. Cotinine, a metabolite of nicotine, was found to be at a level that is comparable to levels found in nicotine replacement users.

"We observed that there was no effect of nicotine on the mice in all three groups," said Dennis.

"Nicotine did not increase tumor incidence, multiplicity or size."

At the levels measured in mice, nicotine did not activate signaling pathways associated with lung cancer that had been shown to be activated by high concentrations of nicotine.

"Based on our study and human epidemiological studies to date, nicotine replacement therapy is probably a safe option," he suggested.

Every cigarette you smoke is causing irreversible damage to your body; slowly killing you from the inside. It also endangers those around you, your family and children.
Advertisement
<< New Method Can Help Identify Heart Disease During Sleep
Scouts To Be Imparted Sex Education To Curb Rising STD's >>