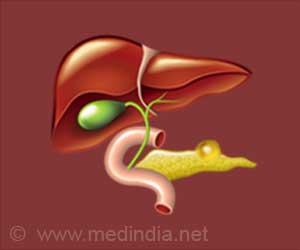 A highly sensitive genetic test developed aids in guiding physicians to test pancreatic cysts before the surgery. The test called PancreaSeq® determines as to which of the pancreatic cysts could be linked to the most aggressive types of pancreatic cancer, reveals a new study.

UPMC and University of Pittsburgh School of Medicine scientists reported in Gut, the journal of the British Society of Gastroenterology. The successful results are a critical step toward a precision medicine approach to detecting and treating pancreatic cancer, which has one of the lowest survival rates of all cancers.

Pancreatic cysts are small pockets of fluid in the pancreas and are increasingly detected on medical scans by happenstance. For the most part, the cysts are benign. But because some can progress to pancreatic cancer, doctors must determine whether it is surgically necessary to remove the cysts.


"On the one hand, you never want to subject a patient to unneeded surgery. But survival rates for pancreatic cancer are much better if it is caught before symptoms arise, so you also don't want to ignore an early warning sign," said lead author Aatur D. Singhi, M.D., Ph.D., a surgical pathologist in the UPMC Division of Anatomic Pathology.
Advertisement
"This rapid, sensitive test will be useful in guiding physicians on which patients would most benefit from surgery."

Singhi and his team at UPMC developed PancreaSeq®, which requires a small amount of fluid removed from the cyst to test for 10 different tumor genes associated with pancreatic cancer. It was the first such prospective study, testing pancreatic cysts before surgery, rather than analyzing cysts after surgery as had been done by previous efforts.

The study, funded in part by the Pancreatic Cancer Action Network and The National Pancreas Foundation, also was the first to evaluate a test that employed a more sensitive genetic sequencing method called next-generation sequencing and the first to be performed in a certified and accredited clinical laboratory as opposed to a research setting.

"This was important to us," said Singhi. "If PancreaSeq is going to be used to make clinical decisions, then it needed to be evaluated in a clinical setting in real time, with all the pressures that go with a clinical diagnosis."

In this analysis phase, the test was not intended to be used as the sole factor in determining whether to remove the cyst or not, so doctors relied on current guidelines when deciding on a course of treatment.

A total of 595 patients were tested, and the team followed up with analysis of surgically removed cysts, available for 102 of the patients, to evaluate the accuracy of the test.

The study showed that with 100 percent accuracy, PancreaSeq correctly classified every patient in the evaluation group who had intraductal papillary mucinous neoplasm (IPMN), a common precursor to pancreatic cancer based on the presence of mutations in two genes, KRAS and GNAS.

Furthermore, by analyzing mutations in three additional genes, the test also identified the cysts that would eventually progress to being cancerous lesions, also with 100 percent accuracy.

The test was less accurate for the less prevalent pancreatic cyst type called mucinous cystic neoplasm (MCN) catching only 30 percent of the cases. Importantly, PancreaSeq did not identify any false positives in either cyst type, making it a highly specific test.

The researchers noted that the results could be biased by choice of which patients had their cysts surgically removed, but plan to monitor those who did not have their cysts removed to continue evaluation of the test's reliability.

An improved version of PancreaSeq that incorporates additional tumor genes associated with pancreatic cancer currently is undergoing rigorous clinical testing, according to Singhi. In the future, the team notes, clinical guidelines will need to be revisited to explore incorporating tests like PancreaSeq.

The PancreaSeq test currently is available to patients and ordered through UPMC.

Pancreas Transplantation
Pancreas transplant is a surgical procedure involving the replacement of a dysfunctional pancreas .....