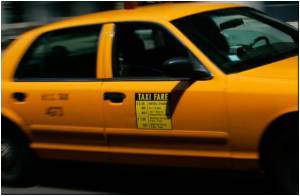 A new taxi service where all the cabs are helicopters has been started by China's richest village.

"Our passengers need to get to their destinations quickly. If they're not using our service, they won't be on the train. It's because they're using their own helicopters," The Daily Mail quoted an airline spokesman, as saying. Huaxi, with its 2,000 official registered inhabitants, has long been recognized as the richest village in China, each resident having at least 2,50,000 dollars in banks, the report added.


According to the report, it showed off its economic might last year with the opening of a huge skyscraper called the Hanging Village of Huaxi.

Reaching 328 metres (1,076ft) into the sky in Huaxi, Jiangsu province, its closest rival is 600 miles away in Beijing and it is 18 metres taller than the Shard in Central London.
Advertisement
The village has moved on significantly over the last 30 years going from a poor farming community to a flourishing place of enterprise which is a symbol of the country's economic growth, the report said.

Source: ANI
Advertisement
<< Shedding Light On the Evolution Of Jaws In Humans And Other...
Winner Of US Texting Championship 2012 Announced >>