New Targets for Epilepsy Treatment can be Identified 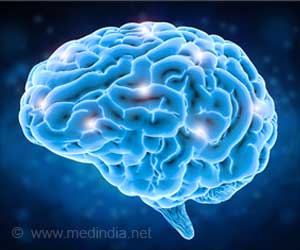 New analysis can identify genes that cause infantile spasms, which could help develop new targets for treatment, reveals a new study.

In a new approach to precision medicine research, scientists used bioinformatic tools to identify common features of genes associated with infantile spasms compared to other forms of early life epilepsy.

Advertisement
‘Genes linked to infantile spasms could help in the development of new avenues for targeted treatments.’

The results were published in PLOS ONE, reveals that infantile spasms are not only unique clinically, but also biologically.


"Our novel approach marks a paradigm shift in precision medicine from single gene discovery to grouping genes by their underlying biology," says lead author Anne Berg, PhD, epilepsy specialist at Ann & Robert H. Lurie Children's Hospital of Chicago and Research Professor in Pediatrics at Northwestern University Feinberg School of Medicine.
Advertisement
"To develop new treatments, we can start looking at mechanisms common to many associated genes, instead of trying to therapeutically target one gene at a time. With this approach, we are starting to ask why certain genes are involved, which might help us understand why some treatments are effective and others are not. Such an approach could ultimately help us choose the treatment that mostly precisely matches the genetic signature and biology of the child's epilepsy."

The study found that, regardless of the many possible causes for infantile spasms, the age of onset had a sharp peak around 6 months of age, which is very different from the age pattern seen for other seizure types in early life, underscoring the unique developmental nature of infantile spasms.

Also unique to infantile spasms are some of the evidence-based treatments used steroids and the hormone ACTH, neither a typical anti-seizure medication.

Given the unique features of infantile spasms, Berg and colleagues looked at what distinguishes the various genes associated with this disorder, compared to the genes involved in other forms of epilepsies that began in the first year of life. Their analysis of the underlying biology included infants diagnosed through genetic testing at 17 U.S.-based pediatric epilepsy programs participating in the Pediatric Epilepsy Research Consortium.

"We used bioinformatics tools to perform what is called gene set enrichment analysis, which means that we looked at common molecular properties of genes that lead to infantile spasms and other types of seizures," says Dr. Berg.

"We examined how these genes function in the cell, in what processes they are involved, where in the cell they are expressed. We found that the genes associated with infantile spasms are uniquely involved in developmental functions within the cell body, which might be linked to why spasms tend to start at the same time in an infant's development."

This approach needs further exploration and confirmation with more children, more extensive genetic testing and further investigations of the biological processes involved, before new targets for treatment can be identified, adds Dr. Berg.

"Our study was the first demonstration of the power of this kind of inquiry. It brings precision medicine to another level," she says.

Funding for this study was provided by the Pediatric Epilepsy Research Foundation in Dallas, Texas.

The Manne Research Institute is focused on improving child health, transforming pediatric medicine and ensuring healthier futures through the relentless pursuit of knowledge.

Lurie Children's is ranked as one of the nation's top children's hospitals in the U.S.News & World Report. It is the pediatric training ground for Northwestern University Feinberg School of Medicine.

Last year, the hospital served more than 208,000 children from 50 states and 58 countries.

Epilepsy During Pregnancy
Seizures or epilepsy during pregnancy can be fatal for both the mother and child and needs urgent .....

Sleep Disorders Associated with Epilepsy
Epilepsy and sleep disorders have a profound effect on each other. Epileptic seizures can disturb .....