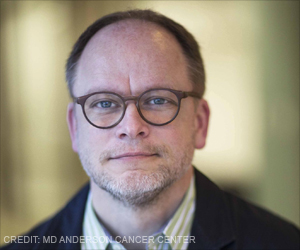 By incorporating risk factors in addition to smoking history, this tool could better classify those in greatest need of lung cancer screening and reduce false positives. The study, published in Nature's Scientific Reports, is the first to develop a tool for personalized risk assessment in never smokers in a large prospective cohort design.

Lung cancer is a malignant tumor in the lung tissues. Smoking is the main cause of lung cancer with symptoms like recurrent respiratory diseases.
Advertisement
‘The assessment tool developed using a large Taiwanese prospective cohort study could better classify those in greatest need of lung cancer screening and reduce false positives.’

The American Cancer Society estimates 224,390 people will be diagnosed with lung cancer this year in the United States and 158,080 will die from the disease. While the majority of these cases will be diagnosed in smokers, as many as 20 percent of lung cancers in the U.S. occur in those who do not smoke.


"Currently, there are no criteria to select high-risk individuals for lung cancer in never smokers," says lead author Xifeng Wu, M.D., Ph.D., professor of Epidemiology. "Lung cancer screening criteria is based only on age and smoking information, but from this study, we can differentiate risk in those who have never smoked in addition to light and heavy smokers."

Beta-cryptoxanthin, a carotenoid found primarily in red, orange and yellow-colored fruits and vegetables, reduces lung cancer development and invasiveness,
Advertisement
Based on the results of the National Lung Screening Trial (NLST), low-dose computed tomography (LDCT) lung cancer screening is recommended for individuals between the ages of 55 and 74 with a smoking history of 30 pack-years, which is defined as smoking one pack per day for 30 years. Thus, light and never smokers would not be candidates for lung cancer screening.

However, according to Wu, roughly only one-quarter of lung cancers diagnosed in the U.S. meet the strict screening criteria from the NLST, indicating a need for better risk stratification across all smoking types.

For this study, the researchers analyzed a prospective cohort of 395,875 participants in Taiwan, recruited by MJ Health Group to participate in a health-screening program across Taiwan. The mean age of the participants was 40.4 and 52 percent of the cohort was female. Heavy smokers were classified as those with a smoking history of 30 pack-years or greater, and light smokers had less than a 30 pack-year history.

"Our model was able to stratify light and never smokers into groups with dramatically different probabilities of developing lung cancer over time. According to our results, a small number of never smokers have lung cancer risks as high as some heavy smokers," says Wu.

The findings highlight varying degrees of risk across each type of smoker, underscoring the need to consider alternative factors when recommending LDCT screening for lung cancer, explains Wu. Through more accurate classification of lung cancer risk, the researchers hope to reduce unnecessary screening and false positives in lower-risk smokers and improve screening for high-risk non-smokers.

Despite a large number of participants included in this study, the findings are limited by studying a distinct Taiwanese population. Additional validations in independent cohorts will be necessary to determine the true predictive ability of this model across non-Asian populations, says Wu, who is actively working with identify appropriate cohorts for future studies.

Low Doses of Arsenic Cause Lung Cancer in Mice

Researchers at the National Institutes of Health have found that mice exposed to low doses of arsenic in drinking water, similar to what some people might consume, developed lung cancer.