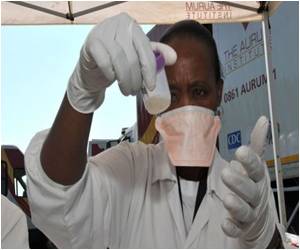 Three new diagnostic tests could each be used to successfully diagnose drug resistance in tuberculosis (TB) patients in a quarter of the time taken by the current method, suggests results of a new study.

The research, presented today (8 September 2013) at the European Respiratory Society's Annual Congress in Barcelona, has provided evidence that each test could be used as an effective alternative to standard testing, increasing the possibilities open to clinicians.

Drug susceptibility tests are carried out in people with active TB in order to identify which drugs the TB bacteria are sensitive or resistant to.


It is essential that these are identified as early as possible so that the patient can be provided with the most effective treatment and therefore the most rapid cure, and to prevent the development of even more drug-resistant TB. This is particularly important for patients with extremely-drug-resistant TB (XDR-TB), who may have a short life expectancy if not treated properly.
Advertisement
Traditional methods of drug-susceptibility testing can take anywhere between 21 days to 3 months because a sputum sample must first be collected and cultured.

A new study carried out by researchers in the USA analysed three new tests: pyrosequencing, a DNA sequencing technique; the HAIN line probe test, a commercial test that detects genetic mutations in the bacteria; and the microscopic observation drug susceptibility (MODS), test which screens samples under the microscope.

The researchers investigated the effectiveness of the new tests in over 1,000 patients in India, Moldova and South Africa. They performed the standard drug susceptibility tests, alongside the three new tests and evaluated drug resistance to five drugs: isoniazid, rifampin, moxifloxacin, ofloxacin, amikacin, Capreomycin, and kanamycin.

The results showed that the MODS test took 15 days to complete, the pyrosequencing took 8 days to complete and the line probe assay took 5 days. All three tests produced the same results as the standard testing - 95-98% of the time for almost all the drugs.

Professor Antonino Catanzaro, from the University California, San Diego, said: "Our findings suggest these three tests could provide a quicker way to identify patients who need alternative treatment regimens. This is very important and could potentially save lives as well as help to curb the rise of drug resistant TB. There are benefits and disadvantages to each test. For example, the MODS test, although the slowest of the three new tests we looked at, is much cheaper. It is important to have this range of options available so that TB treatment programmes across the world can assess which method is right for them including consideration of the financial restrictions they work within."

Mizoram Witnesses Rise in Tuberculosis Cases
Tuberculosis cases are on the rise in the northeastern state of Mizoram with around 600 cases being ...