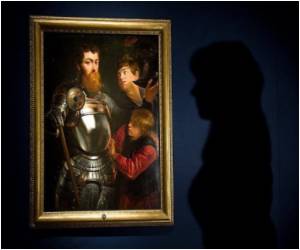 A landmark building which is associated with the grease and grime of a garage is now to be transformed into a centre of modern art.

After reaching a deal with French car manufacturer Citroen, the regional government of Brussels announced Thursday it would buy its 16,000 square metre (170,000 square foot) depot to house the very latest in contemporary art.

"We will have our MoMa, our Guggenheim," Brussels Region president Rudi Vervoort told a Belgian newspaper, referring to the famous modern art museums of New York and Bilbao.


The imposing white building features the large windows of Art Nouveau architecture from the 1930s, and is located close to the Brussels canal, northwest of the city centre.
Advertisement
The museum is scheduled to open in 2017 and will showcase modern and contemporary art from Belgium's Royal Museums of Fine Arts, including works by Pablo Picasso, Joan Miro and Francis Bacon which are currently in storage awaiting a wall.

The regional government, which takes in the greater Brussels area, says the deal is part of its efforts to make the city one of Europe's cultural capitals.

"We need to start playing in the big league," Vervoort said, adding that Brussels, home to a number of European Union institutions, was too often overlooked as a centre of culture.

Meanwhile, Citroen announced it will relocate its operations to "a more appropriate location" which it is redeveloping in the same suburb.