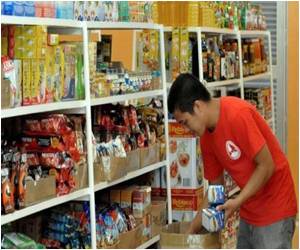 Consumer goods giant Nestle has revealed that its USA unit has recalled more than 200,000 containers of its Nesquik chocolate powder following reports that it may be contaminated by salmonella.

Nestle said that it was a voluntary recall by the company and added that the step was taken after one of the suppliers, Omya Inc, had earlier initiated a recall of its calcium carbonate food additive over fears of salmonella contamination.

Cravings often signify some need-whether nutritional or mental. Read on to find out if it's really your sweet tooth or something else.
Advertisement

A spokesperson for Nestle said that there have been no reports of food borne diseases caused by the product. "We apologize to our consumers and sincerely regret any inconvenience created by this incident", a statement by Nestle USA said.

A food additive is a non-nutritive substance added deliberately to any food product to improve its color, texture, flavor or shelf life
Advertisement
<< Asthmatic Women may Face Worsening Symptoms Due to Menstrua...
Hip Replacement Surgery Linked to Greater Risk of Stroke Du... >>

There are foods researched by nutrition science which exert effects in such a way that the body is pushed towards a fat-loss mode.
Advertisement
News A-Z
A B C D E F G H I J K L M N O P Q R S T U V W X Y Z
What's New on Medindia