'My Hair For Cancer' a Step Towards Creating Cancer Awareness 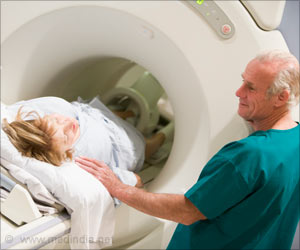 Politician Priya Dutt, who is backing an initiative "My Hair For Cancer" under Nargis Dutt Foundation (NDF) in association with Richfeel and Lakme Salon, says the attempt is to create an awareness about early detection of cancer and to bring out the lost confidence in women.

The initiative is about asking customers to pledge their hair for donation.

Cancers of the prostate, which is the second most common in India, do not lead to pain, the basic symptom of cancer, leading to late diagnosis.
Advertisement
‘Nargis Dutt Foundation has served cancer patients in India for 34 years now and with the new initiative, which will be launched on World Cancer Day, it promises to continue the service with more zeal.’
Tweet it Now

"This is basically an initiative which was started by Nargis Dutt Foundation and RichFeel, who are going to make hair systems for poor cancer patients. Our foundation has always worked in the field of cancer and we are coordinating with CPAA which is another cancer foundation for this cause to get hair donors screened for cancer," Priya told IANS by telephone from Mumbai.


"Also Lakme has come in as very strong partner with us. We are going to be directing people to donate their hair at any Lakme Salon and that hair will be used to create hair systems for the cancer patients by RichFeel," the daughter of late Nargis Dutt and Sunil Dutt and sister of Bollywood actor Sunil Dutt said.

Cancer survivors can benefit from online and phone communications with medical professionals, reveals study.
Advertisement
The 50-year-old former Lok Sabha member also said the initiative will "create an awareness about cancer, about early detection of cancer and take the fear out from people from going to clinic".

As a step to create a conscious effort to encourage women to donate their hair, any customer can get a haircut by availing exclusive offers upon registration. "As a small step in our hectic lives, this is a chance to contribute to a relevant cause," Priya said.

Nargis Dutt Foundation, a dream of her late parents, has served cancer patients in India for 34 years now and with this initiative, which will be launched on World Cancer Day on Saturday, it promises to continue the service with more zeal.

Having said that, Priya feels that "it's still a long way to go" to create awareness amongst people, especially in rural areas.

"We still have to reach out to rural areas. We still need to have lot of cancer awareness and detection camps because that is the key. Cancer is curable when detected early. The problem is people, especially women, go so late that the issue has kind of really blown out of proportion."

"Breast cancer and cervical cancer is something which can be detected early and it's important to understand that one can lead a very normal life after that. Yes, the process is a difficult one, especially when the person is going through chemotherapy and radiation. Sometimes women go through a low phase when they lose their hair which also depletes their confidence and self-worth.

"So, again through this initiative we are focusing to find a way and get her confidence back," said Priya.

She also wants celebrities to come forward and talk about this initiative 'My Hair for Cancer' as many people look to them as role models.

"A celebrity face is really important (for an impact). I think lot of celebrities will come on board by posting on Facebook and Twitter. We want as many celebrities to give a byte for a few seconds and post it on their own social media accounts," she said.

Priya added, "I am quite sure that it will be youngsters who will come out and be part of this initiative."

(Nivedita can be contacted at Nivedita.s@ians.in)

Revolutionary Approach for Treating a Common and Aggressive Brain Cancer

Surgery, radiation and chemotherapy are the standard of care for glioblastoma, and that hasn't changed in three decades.
Advertisement

Worried about your hair loss? Before you leap into a course of treatment, look at what might be causing your ...