Music Has a Cost for Mexico's Hottest Drug Balladeer 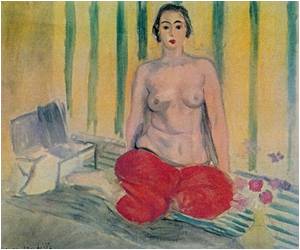 'EI Komander' a Mexican Singer who has faced bans for eulogizing drug lords struts on stage, pours expensive whisky into a fan's mouth and sings about grenade launchers.

Wearing a black leather jacket and military fatigue pants, Alfredo Rios took his show to 5,500 people in Texcoco, in the state of Mexico, a region of 15 million people enduring a spike in murders this year.

With only two major health companies in New Mexico, they face very little by way of competition which will be a disadvantage to the consumer.
Advertisement

The man with the short-cropped hair and beard is among the most popular performers of "narco-corridos" -- musical histories of the life and death of drug kingpins sung to a polka-like beat, driven by an accordion, guitar, drums and tuba.


The genre has gained many fans among Hispanics who live across the border in the United States. Rios appeared in the US documentary "Narco Cultura," which describes the cross-border fascination with Mexico's drug culture.

New Mexico: the 17th State to Back Gay Marriage

Mexico is now the 17th state to back out on gay marriages, with the Supreme Court backing out on same-sex marriage rights on Thursday
Advertisement
Lately, though, the thirty-something star has been less than popular with the authorities, especially in states that have struggled to tame violence.

With songs like "100 Gunshots to the Armor," "The Executioner" and "New Mafia," Rios was slapped with a record 100,000-peso ($7,700) fine last year following a concert in the northern state of Chihuahua, an epicenter of deadly cartel turf wars.

More recently, he was banned from performing on Friday in another region beset by a surge in violence, the central state of Morelos south of Mexico City. Authorities accused him of promoting violence.

Concert organizers canceled his May 1 show in the neighboring state of Puebla at the request of authorities.

In an interview with AFP, Rios said his songs merely reflect the reality of drug violence in Mexico.

"I sing party and fiesta songs. I'm not going to break the law. If they decide that I can't give a concert, I won't do it," he said.

"I don't promote anybody. My music simply is music. My words don't come from space or Mars. It is what we Mexicans talk about," he told reporters.

His band wore red charro (Mexican cowboy) suits emblazoned with his stage name, with the letter K in the shape of an AK-47 assault rifle, known in Mexico as "cuerno de chivo," or ram's horn.

"We are fans of corridos and I don't understand because they canceled El Komander's show. His lyrics are not threats. The threat is already in the streets," said Ivan Pimentel, a 31-year-old shopkeeper who attended the show with his 10-year-old son.

As Rios performed, more than a dozen bodyguards watched the stage. Two stayed very close to him when fans approached the star.

It can be a dangerous lifestyle. Some 50 narco-corrido performers have been murdered in Mexico since drug violence surged in 2006.

Rios is part of the Movimiento Alterado, or Agitated Movement, which appeared in 2009 in the northern state of Sinaloa, home of jailed Sinaloa cartel boss Joaquin "El Chapo" Guzman.

The movement is known for singing the most graphic lyrics about the cartel life. One of the movement's most famous bands, Los Tigres del Norte, has had shows cancelled as well.

In the music video for "New Mafia," Rios mimics a scene from the mob movie "Scarface," snorting from a mountain of cocaine on a desk with a pistol in hand.

Rios has sung about Guzman, Mexico's most wanted man who was captured in February, and Knights Templar leader Nazario Moreno, who was killed by soldiers last month.

But when asked whether he would compose a new song about El Chapo, Rios said: "The way things are right now, I don't think so."

Raga Therapy for Healing Mind and Body
News Archive
News Resource
Advertisement
News Category
How to Reduce Needle Anxiety in Children? Tobacco Addiction: Here's How to Break the Habit Parents are 'Winging It' on Their Kids' Mobile Use Ankle and Ankle Movements While Riding an Hoverboard Is It Healthy to Let Your Mind Wander?
More News
Sign up for Wellness Consult a Doctor Sign up for Selfcare

Post-Nasal Drip Find a Hospital Blood - Sugar Chart The Essence of Yoga Loram (2 mg) (Lorazepam) Pregnancy Confirmation Calculator Daily Calorie Requirements Accident and Trauma Care Iron Intake Calculator Selfie Addiction Calculator
This site uses cookies to deliver our services. By using our site, you acknowledge that you have read and understand our Cookie Policy, Privacy Policy, and our Terms of Use