Motion Sensor Games Are Only The Beginning! Soon, You Could 'Feel' Whatever Your Computer Displays 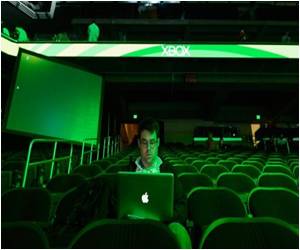 Technology is being incorporated into computer systems that could change the way 3D images are viewed and 'felt'. Technology like Microsoft's Xbox Kinect sensors are only the beginning.

The inFORM Dynamic Shape Display is a tabletop covered in miniature white squares that rise up like towers, to turn digital content into physical objects and when used in conjunction with a 3D sensor, can capture's a person's physical appearance and reproduce in 'pixel-like' blocks.

MIT's Daniel Leithinger, the brain behind the innovation, said that the tech is similar to the kind of pin toys one knows from museum novelty stores, CNN reports.


Leithinger explains that it adds an extra layer of information, because if one moves their hands, not only can they see the shape but also the colour and texture of the hands.
Advertisement
The affect is neither 3D nor 2D but somewhere a 2.5D as one cannot push the pins sideways or have any other control over them.

The techie hopes that in future, this technology could be incorporated into a phone allowing uses to interact with things on the phone and actually touch them, the report added.

Xbox Addict Dies of Blood Clot After 12-hour Continuous Gaming Session
A 20-year-old of UK who is a computer game fanatic died from a blood clot after playing on his Xbox ...