More Than Half of Female Employees Face Discrimination at Work 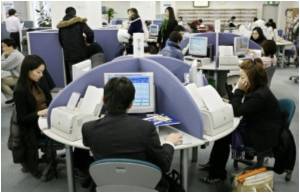 More than half of the female employees feel discriminated at work, reveals a new survey.

The poll was conducted by Opportunity Now which surveyed 25,000 women and aims to get to 100,000 before publishing its final results, the Independent reported.

It was found that almost a fifth of the women surveyed so far said that their careers have stalled because managers failed to promote them or offer training opportunities.


According to data from the Office for National Statistics, the survey strengthens the news that the gender pay gap is widening for the first time in five years.

Source: ANI
Advertisement
<< What Makes Smoking So Terribly Addictive
Drinking Alcohol Over the Weekend Not Good for Your DNA >>

Pregnant Women Looking for Jobs Face Discrimination
Researchers have claimed that a pregnant woman is more likely to experience discrimination in the .....

Thousands of Pregnant Women Face Discrimination at Work
A new survey carried out by Maternity Action has found that pregnant women do encounter ......