More Than 25 Percent of Teens Threatened by Partners Online 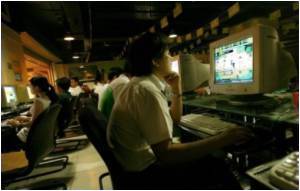 A new survey has revealed that more than 25 percent of teenagers who dated claimed that their love interests threatened or harassed them online or by sending texts.

Teenagers reported that their social networking accounts were hacked without permission, that they were texted about unwanted sex and that they were pressured to send sexual or naked photos of themselves, the Washington Post reported.

In the study, researchers concluded that digital technology was not the cause of abuse by teens in a relationship, but it provided a 24/7 platform for abuse, often outside the view of adults.


"The technology opens up a wide avenue for someone who wants to be abusive toward their partner," Janine Zweig, lead author and researcher at the Urban Institute said.
Advertisement
"It's another tool abusers can use to be relentless," Zweig said.

The study was based on survey responses from 5,647 students in 10 middle and high schools in New Jersey, New York and Pennsylvania.

Nearly two-thirds of the students said they had a current romantic partner or had one during the previous year.

Most of the digital abuse or harassment from dating partners did not happen during school hours.

17 percent took place on school grounds, but "it could have been at the dance or the football game," Zweig said.

Nearly 6 percent of teenagers said their partners had posted embarrassing photos of them online, and 5 percent reported their partners wrote "nasty" comments about them on the partner's profile page.

"The survey is important in that it provides hard data to confirm what we already know - that domestic violence and dating violence occur where we live our lives. These days, the digital world is our real world, and for teens even more so," Cindy Southworth, founder of the Safety Net Project on technology at the National Network to End Domestic Violence said.

In the study, co-authored by Meredith Dank, students reported that digital abuse was not experienced in isolation.

More than 80 percent also reported psychological abuse, which included limiting someone's contacts with family or friends, damaging property, insisting on knowing where they are and insulting them publicly.

More than half reported physical abuse, which ranged from scratching to choking.

And one-third said they were sexually coerced, defined as being forced or pressured to perform sex acts they didn't want to do. 4 percent of teenagers said they were harmed only in digital form.

The study is published online in the Journal of Youth and Adolescence.

Online Health Information is a Potential Trove of Health Data
Among the incredible amount of personal information on the Web - status updates, patient forums, ......

Minors' Addiction to Online Gaming in China
Xinhua reported that Chinese authorities have decided to develop a China-specific criteria for ......