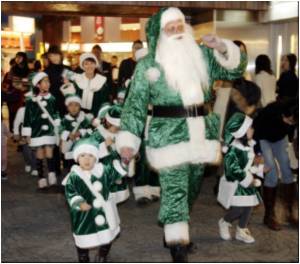 Moral imagination is a must for workers who wish to overcome the stigmas of ethical conflicts.

According to the study carried out at the Universidad Carlos III of Madrid (UC3M), there are some jobs ("dirty work", in Anglo-Saxon terminology) that, because of their characteristics, produce a certain amount of social rejection towards the people who perform them, due to the fact that they are subjected to moral conflicts and ethical decisions related to performing those duties.

Mother or Sister - A Matter of Ethics

Mackenzie Stephens was born with Turner Syndrome, a gene defect that results in an absence of ovaries.
Advertisement

"Paradoxically, these occupations are very necessary from a social perspective, as in the case of a police officer who hesitates before using force at a given moment, or an aide working with psychiatric patients who faces the dilemma of whether or not to use drugs with the patients, for example," Esther Roca Batllori, the study leader, said.


Batllori is doing research on how to help these "dirty workers" overcome the stigmas associated with their professions that make it more difficult for them to carry out their duties - these workers often feel a lack of motivation, which results in a high rate of absenteeism and staff turnover.

Have Ethics Been Compromised in Clinical Studies on Cancer? A Review Throws Light

A review to ascertain the veracity of Cancer clinical studies published in several leading medical journals has brought out some startling insights.
Advertisement
The article proposes that one of the keys to solving this situation lies in "moral imagination".

In general terms, this is defined as an ability that allows the individuals to make better decisions in contexts and situations characterized by conflicts that are moral in nature.

"Moral imagination turns out to be a great help when one is facing these morally ambiguous decision-making processes, because it offers greater moral perception, critical capacity and individual moral conscience," she said.

"This greater consciousness that the moral imagination provides - she continues - in turn, makes overcoming the social stigma easier," she added.

The study has been recently published in the Journal of Business Ethics.

World Heart Day in 2022- Use Heart for Every Heart
View all
News Archive
News Resource
News Category
Milestone In Voluntary Blood Donation Achieved Samsung Reinvents Toilet for the Poor Which is a Better Form of Exercise: Daily or Weekly? First Phase of Foot-and-Mouth Disease Vaccination Shocking News: Polio Cases Return After a Decade in the US
More News
Sign up for Wellness Consult a Doctor Sign up for Selfcare