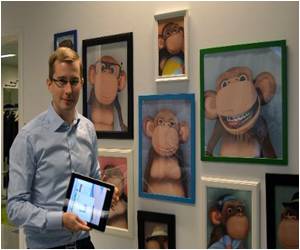 Besides Nokia cellphones and saunas, it may be Finland's most successful export item ever: the Moomin universe, peopled by a group of bulky, white creatures resembling hippos.

A century after the birth of their creator, the late Tove Jansson, the odd charm of the quirky Moomin books and cartoons has won over millions in all age groups and dozens of languages from Czech to Chinese, Estonian to Esperanto.

The nuclear family -- Moominpappa, Moominmamma and Moomintroll ? and their coterie of other eccentric characters living close to nature offer a strangely attractive and sometimes eery alternative reality that draws people in, despite cultural differences.


"The forest was heavy with rain and the trees were absolutely motionless," wrote Jansson in the 1971 book "Moominvalley in November".

"Everything had withered and died, but right down in the ground the late autumn's secret garden was growing with great vigour straight out of the mouldering earth, a strange vegetation of shiny puffed up plants that had nothing at all to do with summer."
Advertisement
Tamami Yamaguchi, a 50-year-old sales assistant from Yokohama near Tokyo, is one of many devotees around the world who flock to Finland to feed their passion.

"Moomin lets you escape the bustle of Japanese life and enter a world of animated characters who make you feel relaxed," she said.

Yamaguchi makes an annual pilgrimage to the Nordic country, which has its own Moomin theme park. And like many Japanese fans, she is the proud owner of a variety of things Moomin from pyjamas to pillow cases to crockery.

The Moomin spin-off industry today is estimated to be worth eight million euros ($10.5 million), with Moomins on everything from stamps to huge passenger planes.

The world was quite a different place when Moomin creator Jansson was born into a family of artists on August 9, 1914, when Finland was still ruled by the Russian tsar.

The precocious girl -? a member of Finland's Swedish minority -? looked destined for a career as a painter, attending schools in Stockholm, Helsinki and Paris.

But the outbreak of World War II changed her fate as Finland was drawn into battle, twice fighting the Soviet Union. Some 100,000 lives were lost as well as large swathes of Finnish territory.

"We can actually thank the war for the birth of the Moomin family," said Tuula Karjalainen, a curator at the Ateneum Museum of Fine Arts in Helsinki.

"Tove Jansson created them because she wanted other things to think about."

She drew inspiration from her background and the people she knew. Moominmamma -? patient and wise ?- is said to be based on Jansson?s own mother.

Her first book about the Moomin and their Moominvalley was published in 1945 and was a hit from the start. The most translated Finnish author of all time, her nine Moomim books have appeared in more than 30 languages.

What people like about the Moomins is their "philosophical attitude to life," said Karo Haemaelaeinen, editor of Finland?s leading literary magazine "Parnasso".

"The stories of the Moomins are multi-dimensional," he added, appealing to adults on an intellectual level and to children on an emotional plane.

"They are full of adventures, but they don't conform to the conventional narrative patterns of children's entertainment."

The real mega-boom came in the 1990s, when a 104-part TV cartoon series was released in Japan. The public ?- even those who hadn't or couldn't yet read the books -? was hooked.

It helped that the Moomin, in their international version, eschewed some of the slightly unsettling eeriness -- evoked particularly by the dark, moody illustrations -- found on the pages of the Finnish original.

"The Japanese version is more fun -- less dark -- than the original," said Yamaguchi, the Yokohama fan.

Her annual trip includes a stop at Moomin World, a theme park in southern Finland visited by hundreds of thousands each year. But soon she won't have to travel so far since a similar park is scheduled to open in Japan next year.

Though extremely lucrative, today's Moomin industry is somewhat removed from the original spirit of the Moomin universe as conceived by Jansson, who died in 2001.

"Tove Jansson wrote stories for herself and adults, but the Moomin world is designed for children, this is the biggest difference," the Finnish park's manager Tomi Lohikoski told AFP.

Few outside of Finland know that Jansson was also a painter. She considered this her main calling and saw herself as an artist who happened to write books about Moomins.

She also ended up ambivalent about her global success.

"She was very critical of the commercialisation of the figures," said Karjalainen. "But she was delighted that she could give joy to the children."

Finland's Love for Milk Dates Back to 2500 BC
The love of milk in Finland can be traced back to 2500 BC owing to high-tech techniques that ......

Increasing Incidence of Type 1 Diabetes Among Children in Finland Appears to Have Leveled Off
The occurrence of type 1 diabetes in children has increased, lead author of a study examining the .....