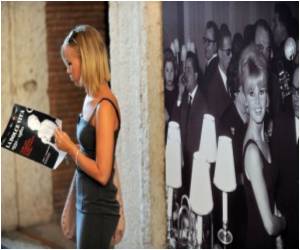 New software developed by an Indian origin scientist and his colleagues helps you pick out the happiest snaps from a wedding or judge the changing mood of a crowd.

The software analyses all the faces in a photo to give the shot an overall "mood score," according to New Scientist.

Abhinav Dhall at the Australian National University in Canberra and his team used face tracking software to analyse the smiles of the faces in a group by noting the positions of nine spots on the face such as the corners of the mouth and eyes.


A machine learning algorithm, trained on photos that had been pre-labelled by humans, then used this data to give each face a smile intensity score.
Advertisement
The team also programmed the system to incorporate information from volunteers, who assessed how important the intensity of any individual's smile was to the overall mood score of a photo.

Those who were standing near the centre of a picture were given a stronger weighting, for example, while partially obscured faces were less influential. When asked to gauge the happiness level of a photo, the system only deviated from the opinion of a human by around 7 per cent.

Dhall said that the aim is to be able to assess the overall mood of a group from a single shot.

By looking at a sequence of frames in a video, it could even gauge the mood of a crowd in real time.

"If the mood score goes down over the time, we can assume that the group are getting angry," said Dhall.

It could also be used to view albums on Facebook by arranging photos so the happiest ones are shown first, for example.

The software was presented at the Conference on Multimedia Retrieval in Dallas, Texas, last week.

Your Mobile Phone Can Create Artistic Photographs With New App Instagram
Now, you can also create artistic photographs from your mobile phone which could then be shared ......

Food and Mood
People are more alert when their brains are producing the neurotransmitters dopamine and norepinephr...