Mongolian Capital Covered in Smog Thanks to Coal Stoves 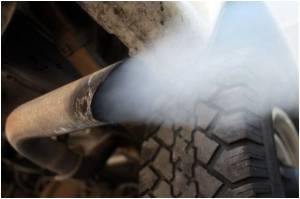 This winter has probably increased pollutions levels to a new high the world over.

As her seven children scamper in and out of the small door of their traditional felt hut in Mongolia's capital Ulan Bator, Narantuya sits over the stove, pouring blocks of black coal onto the fire.

In a city where average winter temperatures hover at a punishing minus 20 degrees Celsius (minus 4 Fahrenheit), the stove is the only source of heat for the 39-year-old unemployed single mother and her children.


The family burns through two bags of coal and half a bag of wood each day to stay warm. But Narantuya says she still does not understand why the capital is blanketed in thick smog -- and how she is part of the problem.
Advertisement
"I don't know why it happens but I know it affects my children. In winter, they are constantly sick with colds and coughs. I'm always afraid one of them will get a serious illness," the diminutive woman tells AFP.

Despite its population of just one million people, Ulan Bator is one of the world's most polluted cities, sparking mounting concern about spiralling health care costs -- and tough criticism of a government scrambling to respond.

Late last year, the government enacted legislation that would force heavy polluters such as power plants, coal mines and even car drivers to pay fines, but the modalities of the law are unclear and loopholes remain.

Munkhbat Tsendeekhuu, who works in the environment ministry's air pollution department, said the government hoped to raise 30 billion tugrik ($24.2 million) in 2011 alone -- money to be reinvested in clean energy technologies.

But analysts say the plan is misguided and does not address the real problem -- how to phase out the inefficient stoves used by the city's tens of thousands of poor families, which are churning out thick black smoke 24 hours a day.

"The government spent seven billion tugrik between 2007 and 2009 to produce briquettes and pressed coal. Unfortunately they don't reduce the smog because the ger stoves aren't designed to use them," he said.

The tens of thousands of families living in Ulan Bator's ger districts -- a number that increases regularly as rural poverty drives people into the city -- have no access to the central heating grid that warms high-cost flats downtown.

Narantuya spends 2,500 tugrik a day to heat her felt home, explaining: "Coal keeps the fire going longer, so it's cheaper and better to use."

International organisations such as the Asian Development Bank and Germany's development agency GTZ are working with local bodies and researchers to design energy-efficient ger stoves and make them widely available -- not an easy task.

"But money is not the problem. The international organisations are willing to invest but when the government gets the money, it goes the wrong way."

While acknowledging that the new legislation is ambitious, Munkhbat insists it will help, noting that part of the funds collected will be reinvested in ger areas.

Onno van den Heuvel, a programme officer for biodiversity conservation at the UN Development Programme, warns the full impact of the pollution may not be known for decades.

"The main problems are still to come. In the long term, we will see the impacts, but now people don't seem convinced it's a danger," Van Den Heuvel told AFP, noting that barely anyone in Mongolia wears protective face masks.

The ADB estimates that health costs linked to pollution-related illnesses already account for as much as four percent of Mongolia's GDP -- an expense the country, one of the poorest in Asia, cannot afford.

Narantuya says she believes the best way to protect her children from the smog is to keep them close to home.

"Fortunately they don't have any serious health problems yet," she said.

Source: AFP
Advertisement
<< US Homeless Brought in from the Cold Via New Approach
Adolescents Protected from Risky Health Behavior by A Stron... >>

How to Reduce School Bag Weight - Simple Tips Drug Interaction Checker Diaphragmatic Hernia Post-Nasal Drip Turmeric Powder - Health Benefits, Uses & Side Effects Calculate Ideal Weight for Infants Find a Hospital Color Blindness Calculator Loram (2 mg) (Lorazepam) The Essence of Yoga
This site uses cookies to deliver our services. By using our site, you acknowledge that you have read and understand our Cookie Policy, Privacy Policy, and our Terms of Use