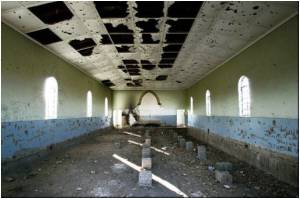 For every four to five reported cases of mesothelioma worldwide, at least one case goes unreported, according to estimates published online January 6 ahead of print in the peer-reviewed journal Environmental Health Perspectives (EHP). This study is the first to provide a global estimate of unreported mesothelioma cases based on the collective experience of countries with available data on asbestos use and the disease.

Malignant mesothelioma is caused almost exclusively by exposure to asbestos. The disease is difficult to diagnose until it is far advanced, and the prognosis is usually poor. In the current study the authors used numbers of mesothelioma deaths as a proxy for numbers of cases because mesothelioma patients usually die shortly after diagnosis. Also, in many countries deaths in general tend to be more uniformly and accurately reported than diagnoses.

The authors assessed the relationship between country-level asbestos use from 1920 through 1970 and mesothelioma deaths reported between 1994 and 2008. Cumulative asbestos use in 89 countries, which accounted for more than 82 percent of the global population in the year 2000, totaled more than 65 million metric tons during 1920-1970. The United States, Russia, United Kingdom, Germany, and Japan led the group in asbestos use, defined as production plus import minus export. For the 56 countries also reporting mesothelioma data, there were approximately 174,300 such deaths during 1994-2008.


Mesothelioma typically develops 20-50 years after exposure to asbestos. Accordingly, a country''s cumulative use of asbestos in prior decades was found to clearly and reliably predict numbers of recent mesothelioma deaths in the countries reporting mortality data. When the authors extrapolated this finding to the 33 countries not reporting mesothelioma data, they estimated 38,900 additional cases may have occurred in these countries during that same 15-year period.

Animation on mesothelioma - a form of lung cancer, that explains about the condition, its risk factors, diagnosis and treatment
Advertisement
"Our most important finding is the magnitude of unreported mesothelioma in countries that use asbestos at substantial levels but report no cases of the disease," says study co-author Ken Takahashi of the University of Occupational and Environmental Health in Japan. Such countries include Russia, Kazakstan, China, and India, which rank in the top 15 countries for cumulative asbestos use.

Takahashi says any country that uses asbestos is certain to have cases of mesothelioma. He notes the study''s estimates may be conservative because both asbestos use and mesothelioma may be underreported in the countries used as the basis for their estimates.

The authors propose that every country ban the mining, use, and export of asbestos because, Takahashi says, mesothelioma can be prevented by eliminating exposure to asbestos. They also propose that developed countries share experience and technology to help developing countries better diagnose, report, and manage mesothelioma cases.

The lungs are our organs of respiration. It is within these, that exchange of gases takes place.
Advertisement
<< Grape Compound Resveratrol Increases Beneficial Fat Hormone
US Urges Reduced Fluoride in Water To Avoid Dental Problems >>