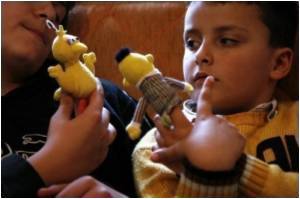 Mentoring and group skill-building intervention programs for children in foster care is found to improve mental health outcomes, a report has outlined.

"Children who have been maltreated and placed in foster care are at risk for significant mental health problems including depression, posttraumatic stress, dissociation, social problems, suicidal behavior, attention-deficit/hyperactivity disorder and conduct disorders," according to background in the article. "Studies of Medicaid claims suggest that as many as 57 percent of youths in foster care meet criteria for a mental disorder."

Children in Foster Care Fare Better Than Those in Orphanages

A recent study has shown that socially deprived children taken out of orphanages and placed in foster care showed improvement in growth and intelligence.
Advertisement

Additional background information suggests that although children in foster care are in significant need of mental health services, the majority of these children do not receive the necessary treatment. Heather N. Taussig, Ph.D., and Sara E. Culhane, Ph.D., J.D., both of the University of Colorado School of Medicine in Aurora, Colo., studied 156 children ages 9 to 11 years in the Denver area who were maltreated and placed in foster care. Participants were randomly placed in a control group (77 children) or intervention group (79 children). Children and their caregivers were interviewed prior to randomization, immediately following the intervention and again six months later.

"Despite the cluster of risks associated with maltreatment, including poverty, high-risk neighborhoods, parental psychology, substance use and domestic violence, this study suggests that the Fostering Healthy Futures intervention promotes greater life satisfaction and better mental health functioning among maltreated youths placed in foster care," the authors write. "These are important findings given the dearth of evidence-based treatments for this vulnerable population."

Children who leave homes after being ill treated are likely to have less behavioural problems if placed with relatives rather than in foster care, says a new study.
Advertisement
Advertisement