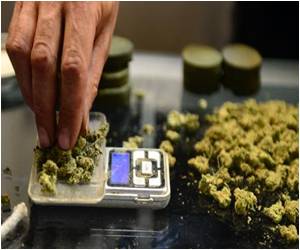 Legalizing medical marijuana in Florida has been favored by 88 percent in a poll out on Monday, the support gathering steam well ahead of a November referendum.

Only 10 percent of residents opposed legalization, the survey by Quinnipiac University found.

Floridians across all age ranges and genders, as well as both Democrats and Republicans, polled more in favor than against legalization, it said.


Florida took a preliminary step in that direction in May when the state legislature allowed a variety of marijuana called "Charlotte's web," which contains a minimal amount of the drug's main psychoactive substance, to be used to treat diseases like epilepsy and cancer.
Advertisement
Marijuana for medical uses is allowed in 23 of 50 US states as well as the District of Columbia, while Colorado and Washington states have authorized recreational use of the drug.

The Quinnipiac survey also found that 55 percent of Floridians were in favor of "allowing adults in Florida to legally possess small amounts of marijuana for personal use," while 41 percent were against it.