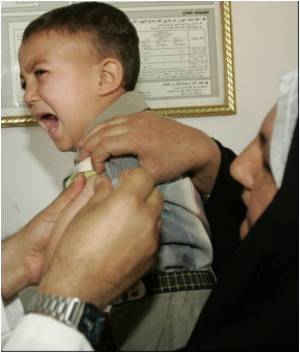 A new study conducted by Makkal Nalavazhu Iyakkam revealed that the measles vaccination drive in Tamil Nadu has managed to cover just over 87 percent of the children in the state.

The District Level Household Survey conducted back in May 2008 had revealed that the vaccination drive had managed to cover over 97 percent but following a number of vaccine related deaths, the village level drive was suspended.

The latest report studied the vaccination given in over 11 districts in the state and found that it covered around 87.39 percent children. The vaccination drive in the Theni district recorded the widest coverage with over 99 percent while Coimbatore came in last at 74.3 percent.

Mumps is a contagious viral infection that typically causes a painful swelling of one or more of the salivary gland. Mumps most commonly occurs in children aged 2-12 years who have not been vaccinated against the disease. However, it can occur at any age. It was a common childhood disease before the development of the mumps vaccine (MMR vaccine).
Advertisement
<< US Authorities Mulling on Whether to Add Anti-Cholesterol D...
Teen Hearts May Take a Beating With High Intake of Sugary D... >>