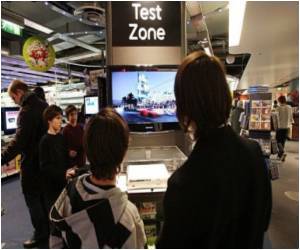 According to a new review, why men have better spatial ability than women may be explained by individual differences in gender-role identification.

Therefore the researchers behind the new study suggested that improving girls' performance in subjects which require good spatial ability may involve the deliberate inclusion of what are commonly seen as stereotypically male activities into their daily lives, rather than encouraging sex-segregation of activities.


The observation that males appear to be superior to females in some fields of academic study has prompted a wealth of research hoping to shed light on whether this is attributable to nature or nurture.
Advertisement
Although there is no difference in general intelligence between the sexes, studies over the past 35 years have consistently found that overall men do much better in tests of spatial ability than women.

This difference may have something to do with why there are still fewer women in tertiary education studying science, technology, engineering and math - all subjects where it helps to have good spatial ability.

More in-depth assessment, however, reveals that this might be an over-simplification of the facts.

The new review, carried out by David Reilly and David Neumann from Griffith University in Queensland, Australia, shed light on one of the factors contributing to these gender differences in spatial ability, that of gender-roles.

Reilly and Neumann noted that studies in their review reported finding larger within-gender variations in spatial ability than between-gender. This then led them to look more specifically at the data on variables within males and females, which might be able to explain this.

The researchers analyzed twelve studies that had looked specifically at one aspect of spatial ability, namely mental rotation, in high school pupils, college attendees and young adults. Collectively these studies showed a significant association between masculinity and mental rotation performance for both men and women. In other words, men and women with either a strong masculine or androgynous gender-identity fared better in mental rotation tasks.

The researchers suggested that it is the considerable variation in the levels of typically masculine and feminine traits and behaviors, that children of the same sex develop, which account for the inter-gender variability.

Masculine identification leads to cultivation of mathematical and scientific skills whereas feminine identification facilitates verbal and language abilities. These gender-roles are not mutually exclusive, with some children of both genders developing a healthy integration of both roles.

The study was published in Springer's journal Sex Roles.