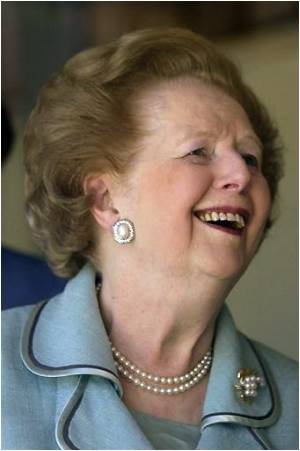 The Tories' Iron Lady, who led the country between 1979 and 1990 and died last April aged 87, topped the survey for her decisiveness, Express.co.uk reports.

MPs rated every leader between 1945 and 2010. Tony Blair came third in the poll conducted by the university's politics department.


Winston Churchill came fourth when judged on his second term from 1951 to 1955.

David Cameron was ranked 10th, while Gordon Brown scored the lowest in the poll.