Man's Dominance Will Not be Challenged by Rival's Deep, Masculine Voice 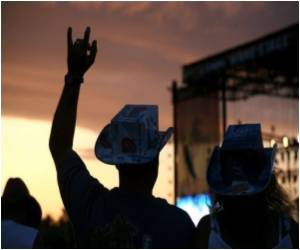 A new study says that men with a deep, masculine voice are considered more dominant by other men, but a man's own dominance does not affect how attentive he is to his rivals' voices.

The study by Sarah Wolff and David Puts, from the Department of Anthropology at Pennsylvania State University in the US, is the first study to look at why men differ in the way they perceive indicators of dominance in others and what causes the variation in the degree to which a man's masculinity affects judgments of his dominance.


Specifically, the authors investigated for the first time whether men's own dominance affects their attentiveness to vocal masculinity, a dominance signal, when they assess their competitors.
Advertisement
They carried out two studies asking men to rate male vocal recordings which differed in level of masculinity i.e. from low, more masculine voices to higher, less masculine voices.

The first study looked at how participating men rated others' dominance in relation to their self-rated physical dominance in a dating game scenario, based on their competitor's voice recordings.

As predicted, more masculine voices were perceived as more dominant. On the whole, men who rated themselves higher in fighting ability, i.e. more dominant, rated other men lower on dominance and reported more sexual partners in the past year.

However, men's self-rated physical dominance was not linked to how attentive they were to vocal masculinity when assessing other men's dominance.

Of these, only testosterone had an effect.

Men with either high or low levels perceived other men as more dominant, based on their voice recordings, whereas men with intermediate testosterone levels rated other men lower in dominance.

The study is published online in Springer's journal Behavioral Ecology and Sociobiology.

Source: ANI
RAS
Advertisement
<< Archives Say Britain Struggled to Deal With Gay Rights
Study Reveals How You can Help Yourself >>