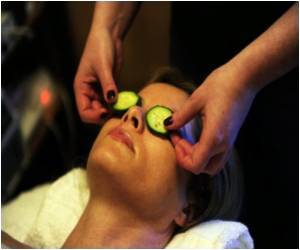 Hamas rulers have ordered male hairdressers in the Gaza Strip to stop working in women's salons or face prosecution and a large fine, media reports indicate.

"We received an official notice from the government to go and sign a declaration according to which we agree not to continue operating on the premises," salon owner Mohammed al-Baltagi told AFP.

Baltagi said he and four other colleagues who also own women's salons had signed the declaration, which states that anyone who is caught on the premises in defiance of the order would face prosecution and a fine of 20,000 shekels (4,000 euros or $5,000).


"Hamas police ordered us to sign it or face prison, even though there is no law preventing men from working in hairdressing salons," said Hatem al-Ghoul, another salon owner.

Hair loss or Alopecia can be emotionally devastating to women but understanding reasons behind hair loss can help in prevention and treatment of hair loss.
Advertisement
Questioned by AFP, Hamas officials refused to confirm that the new rule, which was first mooted March 2010, was now being enforced.

Although the order prohibits male owners from entering their salons, it does not impose an outright ban on them owning such businesses, as long as those working there are female.

It is not the first time the Islamist movement has sought to clamp down businesses seen to be encouraging excessive proximity between men and women, or showcasing items or activities deemed to be 'unsuitable.'

Last summer, Hamas published new regulations for shops selling women's clothing, barring them from having dressing rooms or tinted windows, and insisting that the mannequins in the front window be dressed modestly.

Around the same time, Hamas also banned women from smoking water pipes in public places in an attempt to crack down on the mingling of the sexes.

Hamas denies seeking to impose Islamic law in Gaza, which has always been conservative, and has only taken a limited steps to enforce modesty since it seized power in June 2007.

In 2009, it ordered women lawyers to wear the hijab, or head scarf, in court and banned women from riding on motorcycles. It has also banned men from working in women's beauty salons.