Majority of Kids Lie On the Internet About Their Age! 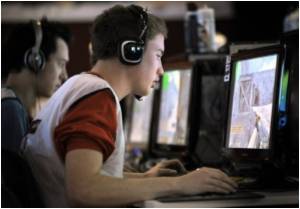 A new study has revealed that six out of 10 youngsters who get familiar with strangers on the Internet lie about their age and 43 per cent have online 'friends' they've never met in real life.

The survey from the children's charity Kidscape interviewed more than 2,300 young Britons aged between 11 and 18 about their Internet use.

US Parents Demand Better Online Privacy for Their Children

When it comes to protecting the privacy of their children, US parents give social networks a failing grade.
Advertisement


In a separate survey for online security firm Kaspersky Labs, YouGov found that as many as 43 per cent of people with Internet access have online 'friends' they have never met in real life.

Protection From Pedophiles Posing as Kids With New Mobile App

Worried that your child may be being secretly groomed on the Internet by a predatory paedophile? Well, you can take a breather as scientists have developed a new mobile phone application
Advertisement
Over half (54 per cent) of those aged between 18 and 24 have online friends they haven't met in real life, identifying the possibility that young people today are sharing personal information from strangers.

"We were alarmed by the number of risks being taken by teenagers online. We know that safe online behaviour is taught in schools and by other organisations like us, but teenagers seem to be unable to relate the risks to themselves," the Telegraph quoted Peter Bradley, Kidscape's deputy director, as saying.

Bradley said, "These findings suggest that children see cyberspace as detachable from the real world and a place where they explore parts of their behaviour and personality that they possibly would not show in real life.

"We can't allow cyber-worlds to be happier places than our real communities, otherwise, we are creating a generation of young people not functioning adequately in our society."

Make Sure Your Kid Steer Clear of These 5 Mean Websites

Want to keep your children away from cyberbullying? Well, below are the names of websites that kids should never visit.
Advertisement
Advertisement
This site uses cookies to deliver our services.By using our site, you acknowledge that you have read and understand our Cookie Policy, Privacy Policy, and our Terms of Use  Ok, Got it. Close
×

Majority of Kids Lie On the Internet About Their Age! Personalised Printable Document (PDF)