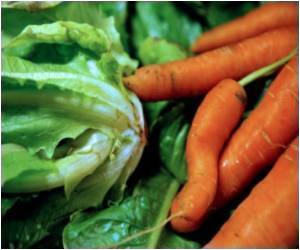 Lowering the core body temperature by opting for a calorie restriction diet could lead to a longer lifespan, a new study conducted by researchers at the Washington University School of Medicine reveals.

The researchers tested the effect of low consumption of calories on mice and found that those who were given a calorie restricted diet lived longer compared to those mice that had been given standard quality food.


"The people doing calorie restriction had a lower average core body temperature by about 0.2 degrees Celsius. What is interesting about that is endurance athletes, who are the same age and are equally lean, don't have similar reductions in body temperature", lead researcher Dr Luigi Fontana wrote in his paper than has been published in the journal Aging.

Due to busy lifestyles, food holds the least amount of importance for many of us. Healthy snacking is not as simple as it sounds. It involves thorough understanding of what, when and how to eat.

Diet pills are flooding the market by millions. The positive side of diet pills to most people is that they achieve their objective of losing weight. Medical reviews are against the use of diet pills.
Advertisement
News A-Z
A B C D E F G H I J K L M N O P Q R S T U V W X Y Z
What's New on Medindia