London Eye In a 3-Year Deal With France's EDF 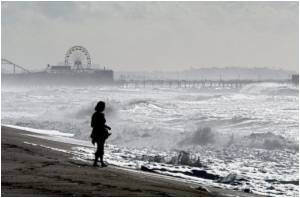 British tourist landmark the London Eye is to have a French-owned sponsor, EDF Energy.

Owner Merlin Entertainments announced it has awarded EDF naming rights to the famous wheel for the next three years, in a deal estimated by media to be worth about 8 million pounds.

The Eye proved so popular it was made a permanent installation and it is visited by around 3.5 million people every year.


As part of the deal, the London Eye has agreed to take its electricity from EDF, which will link the contract with its sponsorship of the 2012 Olympic Games, Merlin said.

The London Eye also known as the Millennium Wheel is said to attract more tourist than the Taj Mahal and Pyramids of Giza.
Advertisement
"The London Eye is one of Merlin's premier attraction brands and recognised internationally as a 21st century symbol for modern Britain," the company said.

The Eye is scheduled to reopen later this month after its annual two-week maintenance period.

British Airways, the previous sponsor, gave up the naming rights in February 2008 after backing the Eye's construction ahead of the turn of the millennium in 2000, when the wheel was only intended as a temporary exhibit in its key location on the south bank of the River Thames almost opposite the Houses of Parliament.

Feng Shui and the 'Wheel of Fortune' on Singapore's Side

Officials in Singapore have changed the direction of the world's biggest observation wheel because feng shui masters said it was taking good fortune away from the city, a report said on Saturday.
Advertisement
Advertisement