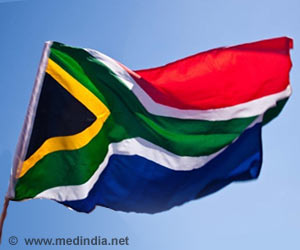 Sharlote Mona, an otherwise cheery student born 20 years ago, sighs and says, "It is taking so long to get a better life", on Sunday, the day South Africa became a democracy.

On April 27, 1994, as the world wondered upon line-after-meandering-line of black, Indian and mixed race voters clasping their hard-won freedom, Sharlote's mother felt birth pangs of another kind.

"My mother got labour pains on the day of vote. They took her to the hospital but she managed to vote," Mona recounted from her uncle's house near Pretoria.


"They wanted to vote. Because they wanted freedom, to live a better life."

That day Nelson Mandela was elected the country's first black president, ushering in a period of unbridled hope for the new "rainbow nation".
Advertisement
As a "born free", Sharlote escaped life under the white minority regime, which purposely kept blacks poor and uneducated.

She finished school and was accepted to university -- a rare feat in her family -- spurring dreams her parents could not have imagined possible.

"I just see myself driving a luxury car, having a big house, a family, living a good life," she said.

In 20 years of democracy many people's own, more modest hopes have been fulfilled.

Sharlote's uncle, a maths teacher, has his own house with water and electricity connections, a television, DVD player and his own car.

There is a burgeoning black middle class with higher incomes and more black graduates than ever.

The government says in the past two decades it has built 3.7 million houses for the poor.

But Sharlote's experience has been echoed in the lives of millions of her compatriots' bitter-sweet experience of freedom.

Her mother, a domestic worker, died in 2002. The following year her father abandoned his seven children for another woman, and died himself in 2006.

"Sometimes you go to school without shoes, sometimes you want a jersey but you cannot find it because it's winter," she said remembering her childhood in rural province Mpumalanga.

After finishing school, Mona moved to her uncle's home in Pretoria to study logistics, and shared a room with her cousins, aged four and 11 years.

But she failed her first year at university and is now looking for a job to fund eventual studies in social work.

"When I started to turn 18 years and above, I started to see that life is tough. I managed to get a student loan and failed."

Sharlote's story is mirrored across South Africa -- a country where as much as 40 percent of people can't find work.

As the nation celebrates twenty years of democracy, many "born frees" are calling for real freedom -- not just the right to vote, but a better life too.

"I think people started thinking very idealistically about what a wonderful society it could become and then of course reality starts to hit home," said historian Clive Glaser.

"For someone who hasn't finished schooling, or who even has finished a basic matric, who has poor parents, who has grown up in a poor part of the city, there's real fear."

Many are disillusioned with the ruling ANC, which stumbles from one corruption scandal to another -- the latest including $23 million in taxpayer-paid upgrades to President Jacob Zuma's private home.

Tapping into the unease, firebrand politician Julius Malema, once the ANC youth leader, has started a populist political party that will run in upcoming general elections on May 7.

Its radical policies of nationalising mines and expropriating white-owned land have gained a following among impatient youths.

But Sharlote won't vote in the elections, the fourth since the country's first democratic polls.

"I was busy on the registration day," she explained missing the chance to add her name to the voters' roll.

Only a third of her generation did register, which means over one million "Born Free" 18- and 19-year-olds will not cast their ballot at all.

She now regrets not making the effort.

"I just want a better life," she said.

Common HIV Care Drop-Outs in South Africa
A new analysis has found that younger individuals, men, and those without children are more likely ....

South Africa's Iconic Township Flaunts BMW's on Sunday Afternoons
Sunday afternoon is the time when everyone in South Africa's iconic township is out on the street .....