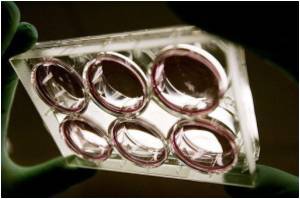 Research from the University of Gothenburg says that it is how you live your life that determines how old you will get. It was recently published in the Journal of Internal Medicine.

It is often assumed that people with parents who lived to be very old are more likely to live to a grand old age themselves."But that's just not true - our study shows that hereditary factors don't play a major role and that lifestyle has the biggest impact," says professor emeritus Lars Wilhelmsen, referring to the 1913 Men study that formed the basis of the current research. Those who did not smoke, consumed moderate amounts of coffee and had a good socio-economic status at the age of 50 (measured in terms of housing costs), as well as good physical working capacity at the age of 54 and low cholesterol at 50 had the greatest chance of celebrating their 90th birthday.

"We're breaking new ground here," says Wilhelmsen. "Many of these factors have previously been identified as playing a role in cardiovascular disease, but here we are showing for the first time that they are important for survival in general." He believes that it is significant that the research illustrates so clearly that we do not "inherit" mortality to any great extent, but instead that it is the sum of our own habits that has the biggest impact."The study clearly shows that we can influence several of the factors that decide how old we get," says Wilhelmsen. "This is positive not only for the individual, but also for society as it doesn't entail any major drug costs."The study has been published in the Journal of Internal Medicine.


The study of men born in 1913The 1913 Men epidemiological study started up in 1963. A third of all male 50-year-olds in Gothenburg were called for a check-up that focused on cardiovascular health. Every ten years since, a new group of 50-year-olds has been called in and those who were already taking part in the study have been given another check-up. This has enabled researchers to follow the development of illnesses in a specific age group, and to compare the health of 50-year-olds in 2003 with that of 50-year-olds in 1963, for example. Women have also been included in the study since 2003. Several variables have been studied over the years, including BMI, smoking habits, cholesterol, exercise habits and blood pressure. The men born in 1913 were examined when they were 50, 54, 60, 67, 75 and 80. Of the 855 men who took part in the study from the start, 111 (13%) were still alive at the age of 90. Over the years the material has generated many research articles and doctoral theses. An interesting result came in 2008 when researchers were able to show that the drop in the number of smokers, combined with lower cholesterol levels and lower blood pressure, between 1963 and 2003 could offer an explanation for the marked downturn in the number of heart attacks during this 40-year period.