Scott Clark, University of Cincinnati (UC) and his team have found that 73 percent of consumer paint brands tested from 12 countries representing nearly half the global population exceeded current US standard of 600 parts per million (ppm) for lead in paint.

"Although lead poisoning of children is widely recognized as a major public health problem, too little attention is being given to correcting the problem in many parts of the world," said Clark, UC professor of environmental health.


"Meanwhile, thousands of children continue to be poisoned by the metal, setting them up for life-threatening problems later in life. Modern research has shown that children are affected at very low exposure levels and that there is no safe level of exposure," he said.

Besides, 69 percent of the brands had at least one sample exceeding 10,000 ppm. With the majority of American consumer goods being produced overseas, Clark says that lead paint exposure remains a serious global health threat.

"A global ban on lead-based paint is drastically needed to protect the more than three billion people who may be exposed as well as Americans unintentionally exposed through consumer products exported to the United States," said Clark.

In September 2006, Clark's team published what is believed to be the first scientific report to show that unregulated Asian countries including India, Malaysia and China produced and sold new consumer paints that greatly exceeded US lead safety levels.

The latest report comes in the wake of US Consumer Product Safety Commission's enforcement of heightened restrictions on lead in American consumer paints, which will take effect from Aug 9, and will lower the permissible lead limit from 600 ppm to 90 ppm.

"This revised standard for lead in consumer paint is grossly overdue "The previous limit of 600 ppm for lead in new pant was established more than 30 years ago when the blood-lead level of concern was much higher than at present," Clark said.

For the current study, Clark analyzed 373 new household enamel paint samples of various colors and brands from 12 countries in Africa, Asia and South America, with a minimum of 10 samples from most countries included in the analysis.

His goal was to determine the amount of lead and how it compared to US standards. His team also analyzed the consumer cost of leaded and unleaded paint.

Their research showed that one large multinational company produced low lead paint in each of the countries where it was sampled and another company was found to have stopped using lead in paints in one country during the course of their study.

"These two observations document the fact that the technology is available so that manufacturers do not need to use lead to produce high-quality paint," said Clark.

These findings have been published in the journal Environmental Research. 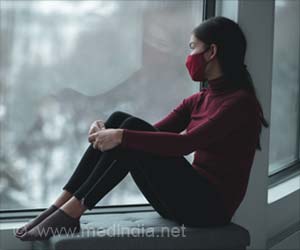 Global COVID-19 Cases Top 136.4 Million
Globally, the coronavirus caseload has topped 136.4 million, while the deaths have surged to more than 2.94 million.
READ MORE

White Paint May Help To Reduce Global Warming
In a new study, a scientist has come up with the suggestion that global warming may be tackled with white paint.
READ MORE

White Paint Keeps House Cool
A booklet issued by the UK Department of Health says that in extremely hot weather home owners can keep cool if they paint their house white.
READ MORE