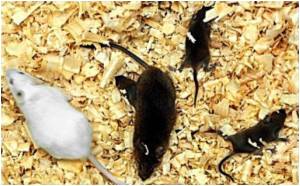 A feasible new therapy target against atherosclerosis resulting from a diet high in fat and cholesterol has been identified by scientists.

The researchers from Boston University School of Medicine (BUSM) have identified for the first time the A2b adenosine receptor (A2bAR) as an agent responsible for protection against early stages of atherosclerosis.

Adenosine is a metabolite produced naturally by cells at low levels, and at higher levels during exercise or stress.


Adenosine binds to and activates cell surface receptors, one of which is the A2bAR. Previous studies have described the A2bAR as anti-inflammatory and protective against kidney ischemia, cardiac reperfusion injury and restenosis, typically via bone marrow cell signals.

Heavy snorers might be at an increased risk of developing carotid atherosclerosis, which may progress to be associated with stroke, says a new study.
Advertisement
In mouse models, BUSM researchers found atherosclerosis induced by a high-fat diet was more pronounced in the absence of the A2bAR.

"A2bAR genetic ablation led to elevated levels of liver and plasma cholesterol and triglycerides, and to fatty-liver pathology typical of steatosis, assessed by enzymatic assays and analysis of liver sections," explained senior author Katya Ravid, MD, a professor of medicine and biochemistry at BUSM.

The researchers also identified the mechanism underlying this effect in the liver, involving the control of the transcription factor SREBP-1 and its downstream targets-regulators of lipid synthesis.

They found restoration of the A2bAR in the liver of A2bAR null mice reduced the lipid profile and atherosclerosis.

"Most importantly, in vivo administration of a pharmacological activator of the A2bAR in control mice on a high fat diet reduced lipid profile and atherosclerosis," Ravid said

"Thus, this study provides the first evidence that the A2bAR regulates liver hyperlipidemia and atherosclerosis, suggesting that this receptor may be an effective therapeutic target against earlier stages of atherosclerosis," she concluded.

The findings appeared on-line in Circulation.

Genes That Guard Against Atherosclerosis Identified

Researchers at the Swedish Medical University Karolinska Institutet have identified the genes that may protect against atherosclerosis, the main cause of myocardial infarction and stroke.
Advertisement
<< Daily Intake Of Lean Beef Can Lower 'Bad' Cholesterol
Hospital Staff in UK Lack Skills to Deal With Dementia Pati... >>

Find a Doctor Drug - Food Interactions Nutam (400mg) (Piracetam) Diaphragmatic Hernia Indian Medical Journals A-Z Drug Brands in India Find a Hospital Noscaphene (Noscapine) Daily Calorie Requirements Blood Pressure Calculator
This site uses cookies to deliver our services. By using our site, you acknowledge that you have read and understand our Cookie Policy, Privacy Policy, and our Terms of Use