Kenya Cracks Down on Out-of-hours Drinkers 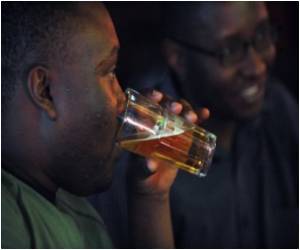 In the wake of new laws which restrict the sale and consumption of alcohol, Kenya has arrested several hundred people for out-of-hours drinking.

Thirty people arrested for drinking in the early afternoon were handed a six-month jail term or a fine of 30,000 Kenyan shillings (375 dollars/300 euros), a police officer said.


A further 30 people received the same sentences on Friday morning.

Anti-alcohol and drugs campaigners welcomed the new rules, but bar owners and the country's all-important tourism sector have been highly critical.

Find a Doctor Find a Hospital Blood - Sugar Chart Drug Side Effects Calculator Noscaphene (Noscapine) Color Blindness Calculator Loram (2 mg) (Lorazepam) Turmeric Powder - Health Benefits, Uses & Side Effects Sanatogen Drug - Food Interactions
This site uses cookies to deliver our services.By using our site, you acknowledge that you have read and understand our Cookie Policy, Privacy Policy, and our Terms of Use  Ok, Got it. Close
×