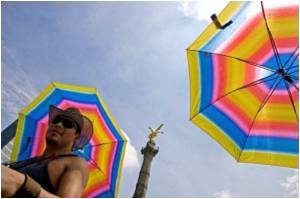 A new study by Cornell University researchers has found that being attractive has its advantages, even in a court of law.

The research showed that unattractive defendants are 22 percent more likely to be convicted, and tend to get hit with longer, harsher sentences - with an average of 22 months longer in prison recommended by the study's participants.


The other reasons emotionally and may consider such legally irrelevant factors as a defendant's appearance, race, gender and class, and report that the less-attractive defendant appeared more like the "type of person" who would commit a crime.

"Our hypothesis going in was that jurors inclined to process information in a more emotional/intuitive manner would be more prone to make reasoning errors when rendering verdicts and recommending sentences. The results bore out our hypothesis on all measures," says lead author Justin Gunnell, a Cornell Law School graduate who began working on the study as a Cornell undergraduate student working with co-author Stephen Ceci, professor of developmental psychology.

The study will be published in an upcoming issue of the peer-reviewed Behavioral Sciences and the Law.