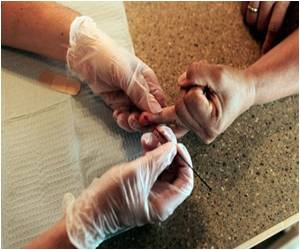 The formula that has been used to calculate low-density lipoprotein (LDL) or 'bad' cholesterol levels is often inaccurate, according to a new study conducted by researchers at Johns Hopkins University School of Medicine.

Of most concern, the researchers say, is their finding that the widely used formula underestimates LDL where accuracy matters most  in the range considered desirable for high-risk patients. Results of the study are published in an online article, ahead of print, in the Journal of the American College of Cardiology.

LDL is known as the "bad" cholesterol, with higher numbers signaling greater risk of plaque accumulating in heart arteries and having a heart attack. Since 1972, a formula called the Friedewald equation has been used to gauge LDL cholesterol. It is an estimate rather than an exact measurement. However, physicians use the number to assess their patients' risk and determine the best course of treatment.


"In our study, we compared samples assessed using the Friedewald equation with a direct calculation of the LDL cholesterol. We found that in nearly one out of four samples in the 'desirable' range for people with a higher heart disease risk, the Friedewald equation had it wrong," says Seth Martin, M.D., a clinical fellow at the Johns Hopkins Ciccarone Center for the Prevention of Heart Disease. "As a result, many patients may think they achieved their LDL cholesterol target when, in fact, they may need more aggressive treatment to reduce their heart disease risk," says Martin, who is the lead author of the study.
Advertisement
"In patients with heart disease, we want to get their LDL level below 70  that is the typical goal," says Steven Jones, M.D., director of inpatient cardiology at The Johns Hopkins Hospital and a faculty member at the Ciccarone Center who is the senior author of the study. Jones says based on their findings, many people  especially those with high triglyceride levels  may have a false sense of assurance that their LDL cholesterol targets have been met.

For the study, the researchers obtained detailed lipid profiles of more than 1.3 million American adults  almost one out of every 180 adults in the United States  analyzed from 2009 to 2011. The LDL cholesterol and other blood lipid components in those samples had been directly measured with a technique known as ultracentrifugation. The researchers then evaluated those samples using the Friedewald equation that is used routinely in doctors' offices worldwide. When they compared the results, the differences came to light.

The lipid profiles were from a laboratory in Birmingham, Alabama, that provides a detailed analysis of samples sent in by doctors across the country. Except for the age of people on whom the samples were based (59 years on average) and the gender (52 percent of the samples were from women), the patients were not identifiable to the researchers. The researchers collaborated with the lab to develop the database they would need for the study.

"The database that we used was almost 3,000 times larger than the sample used to devise the Friedewald equation," Martin says.

As an alternative to Friedewald, Martin and his colleagues suggest that a more accurate way to assess risk for patients is to look at non-HDL, which is acquired by subtracting HDL from total cholesterol.

That non-HDL number, which includes LDL and other plaque-causing cholesterol particles called VLDL (very low density lipoprotein), would typically be about 30 points higher than when LDL cholesterol is calculated under the Friedewald method, and it could vary. But Martin says it would provide a better way to assess whether patients need to modify their medications or make more substantial lifestyle changes. "Most specialists in our field agree at this point that all of those non-HDL components are important," he says.

The non-HDL cholesterol level can be obtained easily using the same test widely available in doctors' offices today at no greater cost than the Friedewald calculation.

"Non-HDL cholesterol is a much better target for quantifying risk of plaques in coronary arteries," says Jones. "Looking at non-HDL cholesterol would make it simpler and more consistent, and would enable us to provide our patients with a better assessment," he says.

Jones, who originated the idea to use the large laboratory database to assess the Friedewald equation, says the information was provided by the lab at no cost. The lab, Atherotech, did not provide any funding for the research. The database used in the study is registered on the website clinicaltrials.gov and will be an important resource for ongoing scientific investigation.