Jeans And T-shirt Banned for Girls By Bihar Village 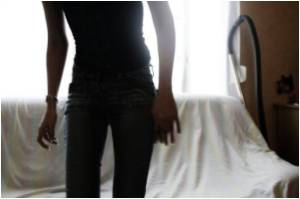 An official has said that after three of its girls went missing, a village in Bihar's Siwan district has barred girls from using mobile phones and wearing jeans and T-shirts.

The villagers also imposed heavy fines on girls if they violated the diktat.

The ban was imposed Sunday by self-styled social reformers of Makhnupur village under Pachrukhi police station in Siwan district, 150 km from here.


The decision was taken after three girls - including two cousins - went missing last week. They are yet to be traced.

"A group of villagers issued an order to impose a fine of Rs.10,000 if a girl is found anymore using a mobile phone or wearing jeans and a T-shirt outside her house," a local police official said.
Advertisement
An 11-member committee has been formed to implement the ban.

"Mobile phones, jeans and T-shirts are the cause of all evil in our society, including increasing love affairs and elopement," said Satyender Sharma, a villager.

In the last three months, nearly half a dozen village panchayats across the state have banned girls and women from using mobile phones and ordered them not to wear provocative clothes.