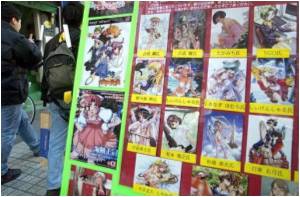 Japan has been enthralled by the mysterious comeback of a 1960s manga comic book hero that has sparked a nationwide wave of gift-giving by anonymous donors to underprivileged children.

The spate of donations started on Christmas Day, when presents were left at a children's welfare centre near Tokyo, with a note saying they came from "Naoto Date", the alter ego of professional wrestling character "Tiger Mask".

An expert says that spreading altruism through social networks can make people across the world kind to one another.
Advertisement

The widely reported gift struck a chord with Japanese who fondly remember Tiger Mask -- an orphan-turned-fighter who helped other parentless children -- and has sparked more than 30 copycat acts of generosity since, Kyodo News said.


Bags with presents, ranging from the initial leather school bags to stationery, toys, robot models, cash and food, have been quietly left by anonymous people at shelters, orphanages and centres for the disabled.

Kindness Has Cultural Roots, Not Genetic

It is not the genes that make a person to go for blood donation or enrol for the army, for researchers have now attributed such self-sacrificing attitude to socially learned behaviour
Advertisement
In one case, an envelope with 100,000 yen ($1,200) was left at a shop selling school supplies, with a note saying: "I'm a copycat. I think Tiger Masks are everywhere across the country. Please use this for children."

In the original cartoon story -- a manga book series in the late 1960s, followed by a TV anime show -- Naoto Date himself grew up in an orphanage and was initially recruited by an evil syndicate of villain wrestlers.

In the story Date however decides to help other orphans instead, dons a mask of a tiger -- still a staple of popular pro-wrestling matches in Japan -- and fights the villains to donate his prize money to the children.

Yoichi Miyata, 38, a manager at the Iwate prefecture shop that received the 100,000 yen cash gift, said: "Naoto Date is an iconic children's hero. He takes many of us back to our childhood, including myself."

Simple Acts of Kindness are on Decline in Britain

Less than a quarter of British people believe that common courtesy is important, a new survey has found.
Advertisement
<< New Zero-Calorie Wafers Promise You Won't Gain a Gram
After Analysis on Medical Databases, New Allergic Disorders... >>

Good Acts Serve as Inspiration for Others

More News on:
Effect of Violent Cartoons on Children's Behavior and Mental State