U.S. researchers have found that a close reading of Jane Austen's novels, like Pride and Prejudice, activates areas of the brain usually associated with movement and touch.

Natalie Phillips, professor of 18th Century Literature and Culture at Michigan State University, who led the study, was inspired to conduct the research when she observed distractibility in herself and others.

Distractibility is also a theme, which runs through Jane Austen's novels, according to the Daily Mail.


Phillips wondered if modern cognitive theories could help explain the character development of Pride and Prejudice's Elizabeth Bennett, one of Austen's most famous heroines.

Professor Phillips believes that Elizabeth's distractibility was the key to Austen's characterisation of her lively mind, with Austen drawing on contemporary cognitive theories to inform her development.

To test her theory, Phillips decided to conduct a study looking at how reading affects the brain. She asked volunteers to lie in an fMRI brain scanner and read Austen.

As volunteers read, Professor Phillips and her team scanned their brains while simultaneously tracking their eye movements, breathing and heart rate.

The findings surprised neuroscientists who expected to see changes in regions of the brain, which regulate attention as the main differences between casual and focused reading.

Unexpectedly they found that close reading activated parts of the brain usually more involved in movement and touch - as though readers were physically placing themselves in the story.

"What's been taking us by surprise in our early data analysis is how much the whole brain - global activations across a number of different regions - seems to be transforming and shifting between the pleasure and the close reading," the paper quoted Phillips as telling NPR's Shots blog.

Young People Prefer Celeb Magazines, Internet Blogs to Classic Novels
Gone are the days when youngsters would immerse themselves into a classic novel, for the youth today is more likely to while away their time reading celeb magazines, song lyrics or internet blogs.
READ MORE 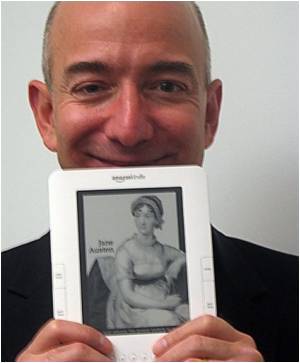 E-novels Popular in UK as Christmas Gifts
Electronic books have become popular in Britain as Amazon reported that Kindles were the biggest selling products this Christmas.
READ MORE